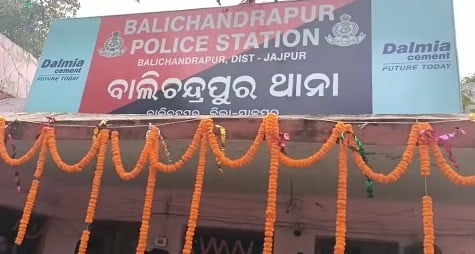 Jajpur: A woman and her minor son, who were allegedly kidnapped from Jajpur district, have been found in unconscious condition by police in Chhattisgarh.

According to sources, the woman, identified as Subhalakshmi of Krushnaur Sashan village under Balichandrapur police station had married a man of Mangarajpur under Sadar police station. After the death of her husband in 2013, Subhalakshmi’s in-laws  started torturing her. Unable to bear the torture, she returned to her parents’ house and was staying with them along with her minor son Ansuman.

On October 12, when Subhalakshmi and Ansuman had gone to Balichandrapur for shopping, some unidentified persons allegedly kidnapped them. The kidnappers made them unconscious with an anaesthetic chemical and tonsured them. Subhalakshmi’s family had filed a complaint at Balichandrapur police station following the kidnap.

The kidnappers took the mother and son to Chhattisgarh in a vehicle and while moving through Sareipali, they came across police patrolling. In a panic, they threw Subhalakshmi and her son on the roadside and fled.

Police rescued the mother and son and admitted them to a local hospital. After regaining consciousness on October 14, Ansuman gave the phone number of his maternal uncle to police.

On being informed by Chhattisgarh police, a team from Balichandrapur police station went to the hospital and brought Subhalakshmi and Ansuman to their home. The police are yet confirm the identity of the kidnappers or the reason for the kidnap. Further investigation is on.