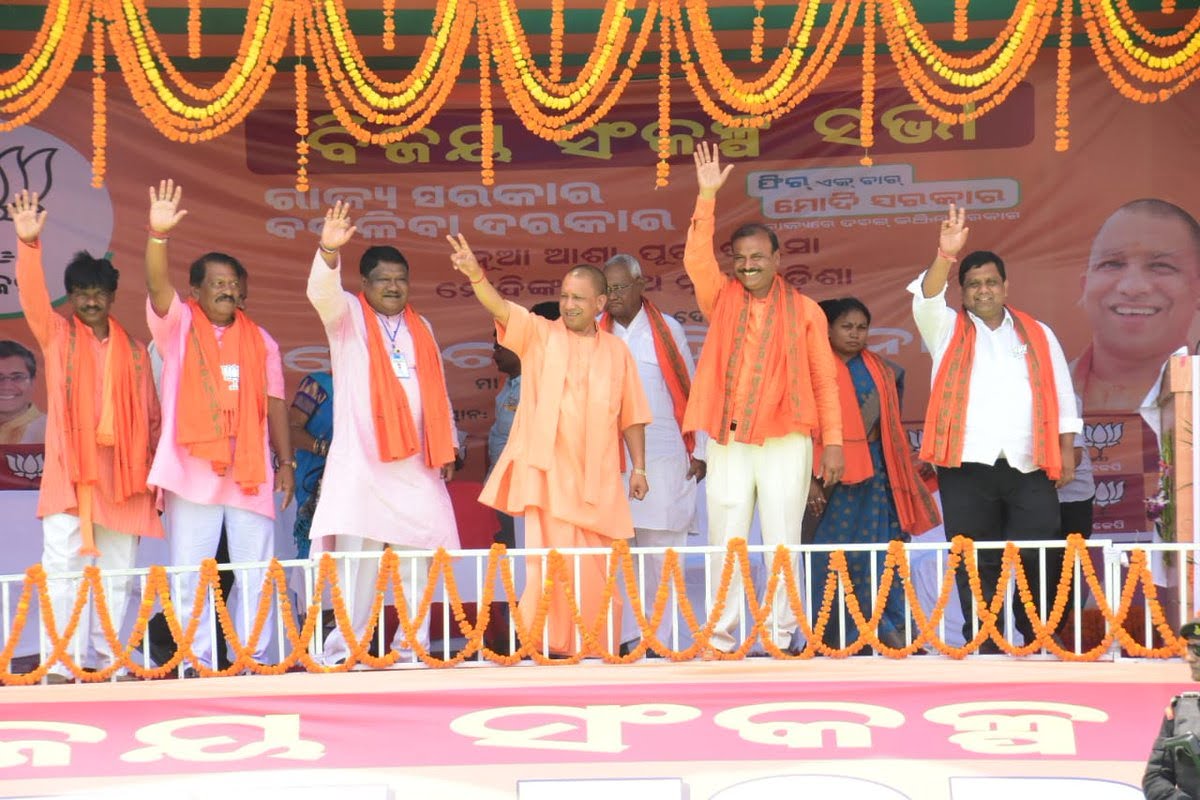 Rourkela: Uttar Pradesh Chief Minister and senior BJP leader Yogi Adityanath on Monday accused the BJD government of being involved in multiple scams and doing precious little for the development of Odisha.

The Naveen Patnaik government, he said, is not only posing obstacles for implementation of centrally-sponsored schemes such as Ayushman Bharat, but it also ignoring the plight of the poor and farming class.

“If a BJP government is formed in Odisha, we will take Odisha to a new path of development,” Adityanath said at an election rally in Rourkela. Sundargarh goes to the polls in the second phase on April 18.

“There’s one voice reverberating in India now. Give a call for ‘Ek Samrudh Bharat’ by electing Modiji once again as Prime Minister, because he did what was impossible for the Congress, BJD and other parties,” Adityanath said.

Lauding sitting MP from Sundargarh, Juel Oram, for his contribution to the district, Adityanath said Rourkela has also been declared for development as a smart city. Besides, a superspeciality hospital will come up in the steel city.

Talking about national security, he said India’s neighbour such as China and Pakistan no longer indulge in adventurism because of the iron-hand approach of the Narendra Modi government.

He said infiltration by the Chinese army, a regular affair during the Congress-led UPA government, ended after Modi became Prime Minister.

“Similarly, Pakistan was beheading India soldiers on the borders during UPA rule. Now with Modi as Prime Minister, China and Pakistan cannot afford to indulge in misadventures,” he said at the rally, as he hit out at the previous dispensation for taking a “soft approach” towards terrorists and Maoists.