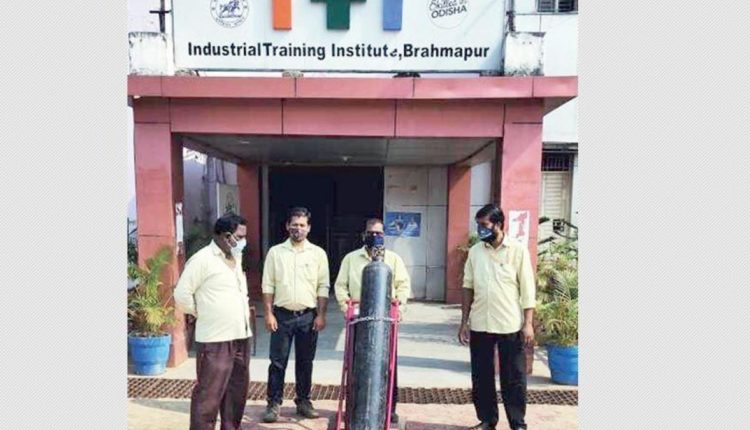 Berhampur: For the first time in Odisha, a solar tree has been developed by students of Industrial Training Institute (ITI) in Berhampur city.

The significance of the solar tree is that unlike other solar projects, its panels would not occupy a large space. It can be installed in a small area to supply solar energy to any structure, said Rajat Panigrahy, principal, ITI, Berhampur.

The solar tree of 12 feet in height has 12 panels. Built with a cost of around Rs 2 lakh, it took the students five days to develop the solar tree on an experimental basis under the guidance of the teaching staff. It has been designed to rotate to face the sun and produce maximum amount of energy, said Panigrahy.

The solar energy producing structure is made of metal and its panels are connected with branches to use sunlight to generate energy. The trial run of the two-KW system started recently, he added.

He further said the CSIR-Central Mechanical Engineering Research Institute has developed the world’s largest solar tree earlier. It has been installed at its residential colony in Durgapur, West Bengal. “The students of ITI Berhampur have developed the solar tree for the first time in Odisha,” Panigrahy claimed.

Loss Of ‘Jungle’ In Concrete Jungle: Over 800 Trees To Be Felled For MLA Apt In Bhubaneswar