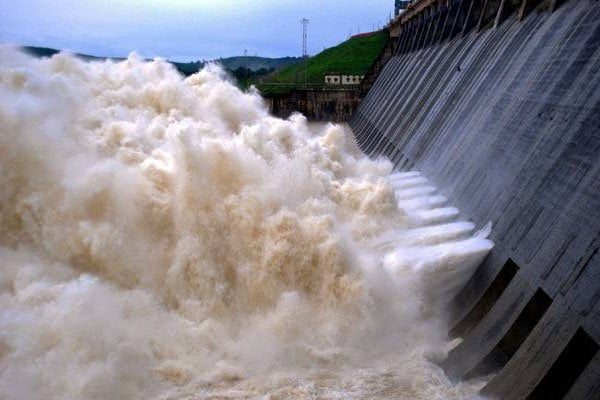 Bhubaneswar: Odisha’s Special Relief Commissioner (SRC) Pradeep Kumar Jena has compared this year’s floods with the 2011 flood fury that wreaked havoc in the state. At a press conference on Wednesday, Jena said that this was the first instance since 2011 when so much water was seen at Mundali near Cuttack.

The floods in 2011 in the Mahanadi and other rivers had affected more than 40 lakh people and left at least 80 dead, according to some media reports of that time.

At one point, 13.66 lakh cusecs water flowed through Mundali after sluice gates of Hirakud dam on the Mahanadi were opened to release excess waters.

The first flood spell hit the state on September 9, affecting 19 districts. More than 21 lakh people in about 5,000 villages were affected. At least 42 people were killed, while nearly 3 lakh people were evacuated to safer places.

The first spell damaged more than 25,000 houses and 1.78 lakh hectares of crop land, for which the state had sought a Central assistance of Rs 2,121 crore.

A second spell of flood fury hit the state on September 23 following incessant rain triggered by a depression in the Bay of Bengal. More than 23 lakh people in 3,500 villages spread across 10 districts were affected.

The second spell killed 38 people, while more than 1.55 lakh people from 1,362 marooned villages were evacuated to safer places. The floods damaged over 46,000 houses and 2.23 lakh hectares of crop land.

The flood was considered the worst in Orissa in three decades.

The Comptroller and Auditor General (CAG) of India had pulled up the Hirakud Dam authorities for not adhering to the State Water Policy and Flood Management Manual as well as forecasts of the India Meteorological Department (IMD) and Central Water Commission (CWC), resulting in severe floods in the lower basin of Mahanadi river in 2011, according to a TNIE report published in 2017.

The CAG said the IMD had repeatedly forecast heavy rains in Chhattisgarh and upstream and downstream of Mahanadi river from August 24, 2011 to September 9, 2011. The CWC had also issued warnings. Still, the dam authorities maintained the water level above the lower limit of rule curve, which was 590 feet for the period. Adequate number of sluice gates were also not opened during the period before the forecast, it said.

But on September 9, when the water level rose to 628.5 feet, 55 sluice and four crest gates were opened, causing floods in Hirakud dam’s downstream areas, the CAG said.

In their defence, the dam authorities had said that it was decided to keep the reservoir level at 600 feet to meet irrigation and power generation needs. But, the TNIE report cited Odisha State Water Policy 2007, which states that flood control gets overriding consideration in water regulation policy for the reservoir even if it means sacrificing some irrigation and power needs in highly flood-prone areas.