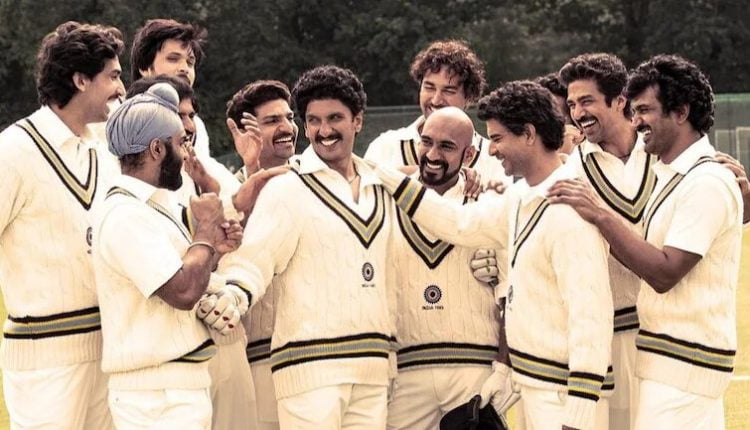 New Delhi: Ranveer Singh’s much-awaited ’83,’ which got an ‘excellent opening on Friday, earning Rs 12.64 crore on day one, will be screened at a travelling cinema hall in Ladakh, touted as the world’s highest mobile theatre.

Ladakh got its first inflatable cinema with a private company, PictureTime Digiplex, installing the theatre in the union territory in August this year.

The company installed the theatre in Leh and claimed it to be the highest altitude theatre in the world, installed at a height of 11,562 feet.

Directed by filmmaker Kabir Khan, 83 will not just be released in PictureTime’s Ladakh theatre but also in Hisar, Haryana and Arunachal Pradesh where the company has installed more for such mobile theatres.

“My joy knows no bounds… 83 screening from tomorrow onwards in Ladakh, at Picturetime’s inflatable theatre, the world’s highest theatre at 11,562 feet. This is spectacular.

“I’m looking forward to the audience’s reaction to my film. Ladakh doesn’t just hold a special place in our film but is also very dear to my heart because I have spent months trekking there during my college days. This is truly special,” Khan said in a statement.

Meanwhile, trade analyst Taran Adarsh said that though the film performed well on day one in premium multiplexes, it got a dull response in mass pockets. Sharing 83 box office report on Twitter on Saturday, Taran Adarsh wrote:

Compared to similar big releases such as Spider-Man: No Way Home and Sooryavanshi, the Kabir Khan-directed film collected much lower on day one.

According to a report on Boxofficeindia.com, ’83’ is estimated to have collected around Rs 13-14 crore net on day one of its release. The report also states that at other centres in places such as Gujarat and CP Berar, the film has hardly done 20% of Sooryavanshi.