Bhubaneswar: It is not often that a professor turns into a farmer after occupying high positions in the academic world. But then there are exceptions. And one such exception was Prof Dhruba Raj Naik.

Having completed his Master’s (gold medallist) as well as doctoral degrees from Banaras Hindu University, Prof  Naik served in different government colleges from 1962 for over a decade till he joined Utkal University, where he distinguished himself both as a teacher and a researcher. He pursued research on the cytophysiology and immunohistochemistry of the pituitary gland from fishes to mammals and localisation of neuropeptides like enkephalins and endorphins in the brain of vertebrate animals. Because of his research, he visited several countries like the USA, UK and Japan and gave talks and presented papers. 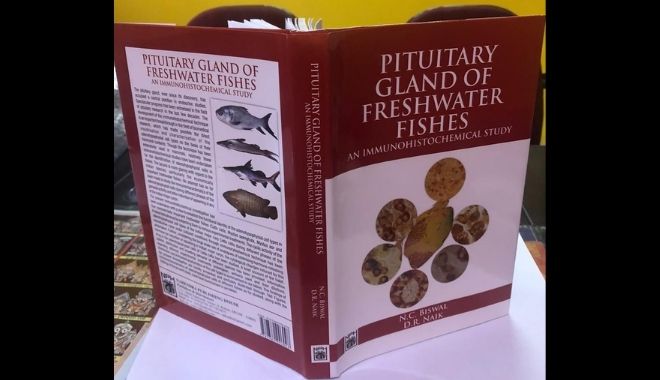 After serving as a faculty of Utkal University’s zoology department from 1973 to 1998, he took over as Vice-Chancellor of Sambalpur University and earned the reputation of being a doer. From infrastructure development and building a boundary wall for protection of university land from encroachers to streamlining academics, reforming the examination conduct system, generating revenue through self-finance courses and promoting local language, literature and culture, Prof Naik contributed in every which way during his three-year tenure of helming the affairs of Sambalpur University at the turn of the millennium.

Such was his involvement and commitment that his good work used to be a subject of discussion even in the Utkal University campus here those days. As a kid growing up in Vani Vihar, I knew him as a colleague of my father, Ganeswar Mishra, who was a professor of English Literature. We lived in the same neighbourhood for decades and there was a lot of cordiality between our families. Mausa (uncle), as I used to address him, always wore a friendly demeanour towards me and other children and told us interesting things, be it about animals or sports. He also was a little different from most other teachers: smart in his dressing and could be seen in shorts during his morning/ evening walks, something that possibly reflected his association with NCC and civil defence organisation (he represented Odisha in the national Republic Day Parade in 1960, won best cadet officer prize at an all-India event, trained as a civil defence instructor and commissioned as sub-lieutenant of NCC Naval Wing). 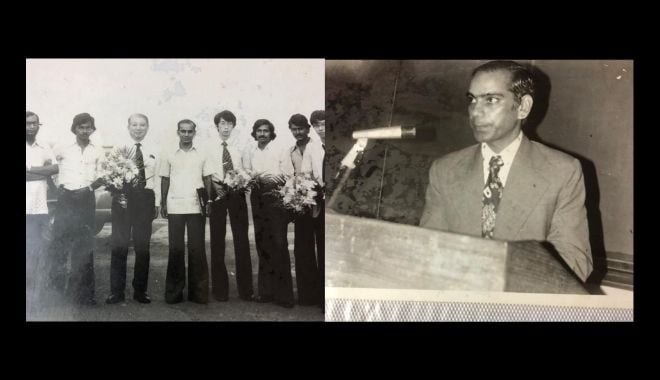 What separated him from his ilk was his decision to return to his native village, Kuanrmal in Odisha’s Jharsuguda district, which is on the fringes of Andhari forests, after retiring from the academic world at the age of 63. Apart from the love for his soil, it was possibly the death of his elder son, Subrat, a conservationist, in an accident in 2008 that propelled him to take up the cudgels for the protection of forests in a region adversely hit by industrialisation. He motivated residents of the region to not only plant saplings but also patrol the 1000-acre Andhari forests to prevent its unnecessary exploitation.

An engineering graduate from Chennai (then Madras), Subrat quit his job and worked for environment conservation. In 2004, he formed a Van Surakhya Samiti (VSS), comprising members from 15 villages/ hamlets, and within four years Google satellite images showed the forest was regenerating. Prof Naik continued from where Subrat left and even involved children in conservation efforts by making them act in plays written by him with the belief that they could inspire their elders to participate in the process. And it worked, leading to the state government not only conferring the prestigious Prakruti Mitra Award in 2013 but also making Maa Andhari VSS a case study at the Plus II and university levels. Prior to that, the central government had recognised his contribution to education and environment conservation by giving him the Bharat Nirman Samman in 2011. Subsequently in 2014, the Odisha Bigyan Academy felicitated him as a senior scientist for his lifetime contributions.

If this was not enough for a senior citizen, Prof Naik took to farming, tilling the land, milking cows and doing all kinds of manual work alongside labourers, highlighting his practise-what-you-preach philosophy. His contributions as a farmer fetched him the Kruti Krushak Samman from the Odisha government in 2012.

Rarely, if ever, would one come across such a person, who has excelled in such diverse fields as an NCC cadet, teacher, scientist, environment conservationist and farmer. But then Prof Naik was not the rule, he was an exception: a real polestar, as his name Dhruva suggests. A man of such stature and conviction getting murdered in front of his house for some petty reason. What could be more shocking! Should it not stir our collective conscience?