Another Woman Delivers Twin Girls On Hospital Verandah In Odisha 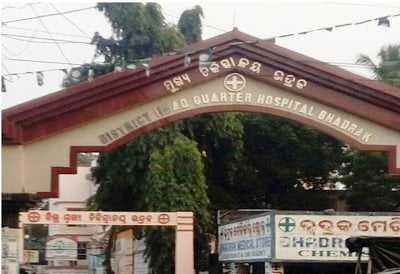 Bhadrak: A few hours before Secretary to the Chief Minister (Transformation and Initiatives) VK Pandia scheduled visit to Bhadrak district to review implementation of ‘Mo Sarkar’ programme, a woman reportedly delivered twin grils on the verandah outside the labour room of the district headquarters hospital here on Monday.

According to sources, a woman of Taladumuka village of Tihidi block in Bhadrak district was admitted to the gynaec ward of the hospital this morning. The doctors. however, referred her to the SCB Medical College and Hospital in Cuttack, stating that her condition was critical.

The woman with acute labour pain came out of the labour room and delivered the twin girls on the varandah with the help of her mother-in-law and some women.

After the media came to know about the incident, the hospital authorities readmitted the woman to the gynaec ward.

Sources in the hospital said that the woman was referred to Cuttack since the hospital authorities were busy for the visit of the 5T secretary.

Notably, a woman had delivered a baby on the footpath of the Capital Hospital in Bhubaneswar on Friday.