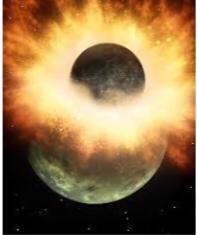 Bhubaneswar: Deputy Director of Pathani Samanta Planetarium, Dr Suvendu Pattnaik has clarified that no asteroid of the size of four football fields would hit the earth on July 25 and destroy it.

The asteroid has flown past the planet earlier and at a much closer distance, he said.

“The width of the asteroid is 97 meters and length is 230 meters, around the size of four football fields. It is moving towards the planet at a speed of 29,000 km per hour, which is an average of 8 km per second,” he added.

Though many asteroids are attracted to the earth by gravitational pull, 99.9 per cent of them are burnt to ashes in the atmosphere before they hit the earth’s surface, he said.

Facelift For 65 High Schools Under 5-T Initiative In Odisha