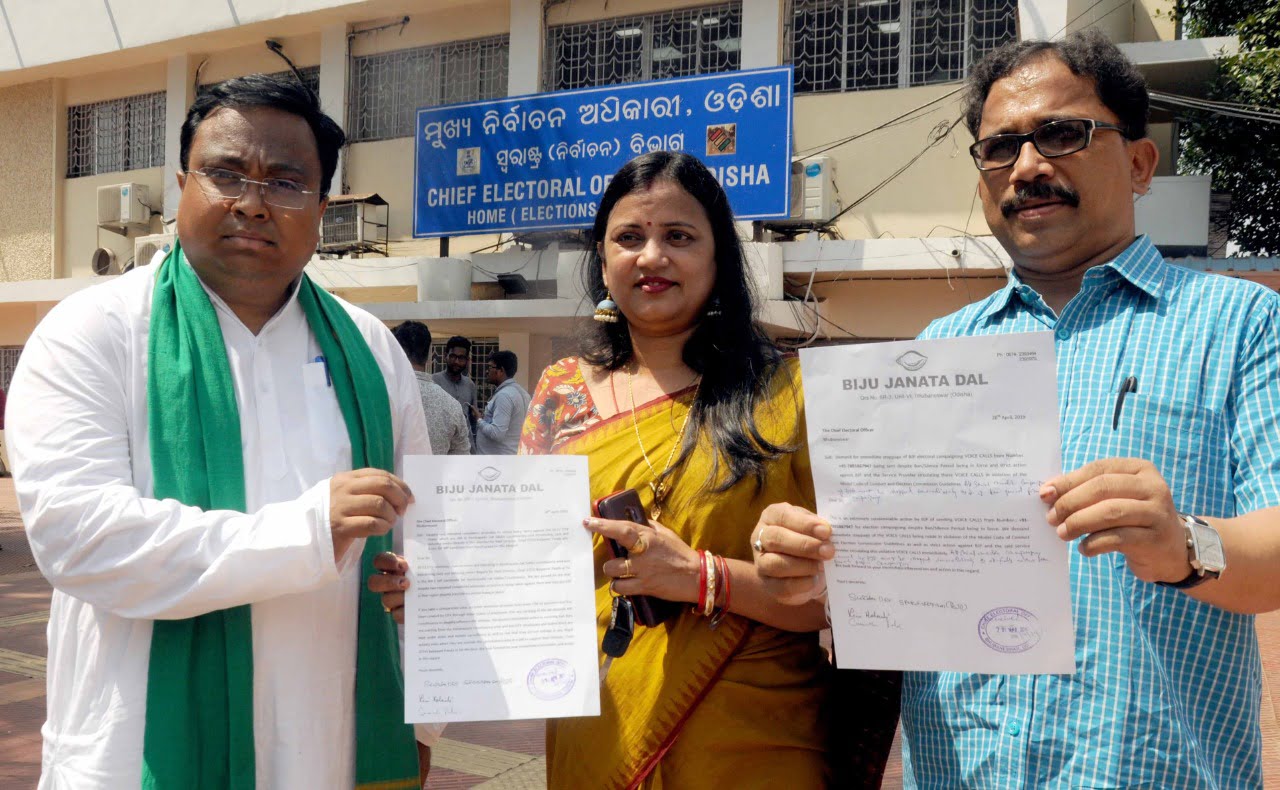 Bhubaneswar: A day ahead of polling in Kendrapara Lok Sabha constituency, the BJD and the BJP on Sunday engaged in a blame game, accusing each other of violating the model code of conduct.

The BJP, in turn, alleged that several BJD leaders hailing from outside Kendrapara constituency were camping and distributing illicit cash to gain over the voters. The poll code stipulates that those who are not voters should leave the constituency 48 hours before polling but several BJD ministers, MLAs and youth activists are contravening the provisions, it said and demanded the CEO to oust them from the constituency.

On Saturday, the BJD wrote to the CEO alleging “distribution of cash among voters” by four associates of Baijayant. The party has asked the Election Commission to take “strict and immediate” action. It suggested placing the four associates and their cellphones under surveillance or even removing them from Kendrapara Lok Sabha constituency.