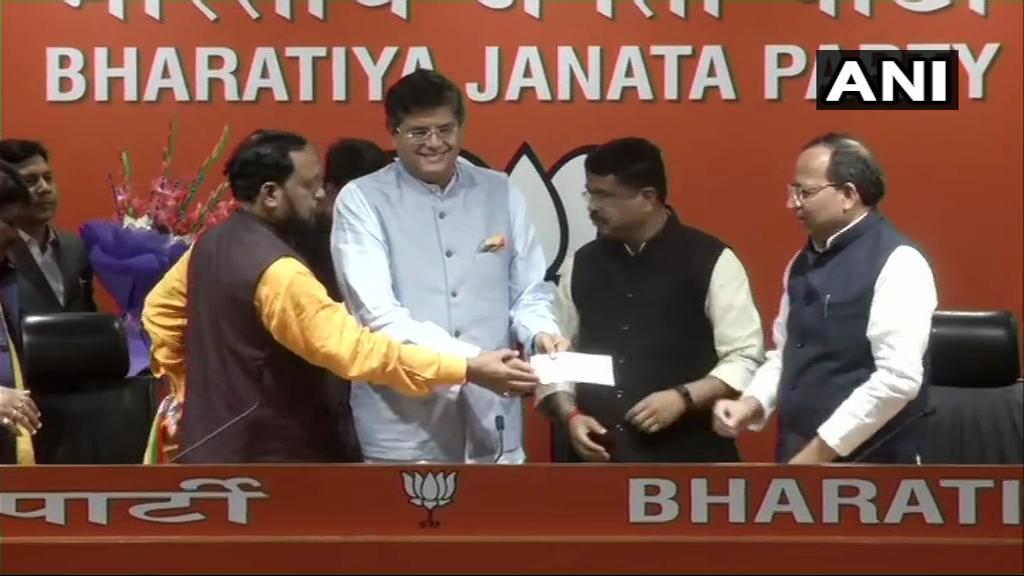 Putting all speculations to rest, former Kendrapada MP Baijayant Panda joined BJP on Monday. As political observers are weighing political implications of the move, news portal The Wire in its opinion piece on Tuesday, said his move is unlikely to alter the political landscape of Odisha very much. Panda’s move, it said, could be more of a “business decision” than a political one.

“Baijayant is the biggest industrialist in the state. BJD stands the best chance to form the state government at the moment. His relationship with Naveen Patnaik has gone completely sour. At this time, it is crucial for Panda to safeguard his business interests. Allying with a Central party was important for him,” the opinion piece said quoting analysts.

If Baijayant has apparently bought some immunity by joining the saffron party, the gain will be singularly his – even in the case that he loses the election. For BJP, it may not be anything more than good optics, it said.

His induction, though, reflects poorly on the saffron party’s prospects in the state as Panda does not have a mass base in his constituency. “It is quite clear now that BJP, with its poor organisational strength and a lacklustre campaign, stands no chance to form a government in the state. BJP understands that clearly. At best, it can improve its performance,” it said quoting senior journalist, Rabi Das.

The opinion piece also described his decision as “curious” because by joining BJP, Panda might have lost the Muslim voter base in Kendrapada, whose strength stands at about 60,000.

“The state-level dynamics are unlikely to change by Panda’s move,” the former editor-at-large of Hindustan Times, Rajesh Mahapatra was also quoted as saying.

“Panda moving to BJP may hand BJD a distinct advantage. Had he joined the Congress, BJD would have had a really tough fight on its hands. It is traditionally a non-Congress seat, but the party has retained a substantial number of votes there,” he added.

But why the delay in joining BJP?

According to The Wire, Panda was eyeing the chief ministerial position, which was not acceptable to party president Amit Shah. He had already appointed Union Minister Dharmendra Pradhan to lead the campaign in Odisha.

The delay could have also been because of BJD president Naveen Patnaik. He was so miffed with Panda that he was exerting pressure on BJP against inducting him. The opinion piece, however, called this more “conspirational”.

The Complete Man Who Never Played To The Gallery

Temperature To Rise Further In Odisha In Next 24 Hours: IMD