Bhubaneswar: From A Planned City To Planned Destruction? 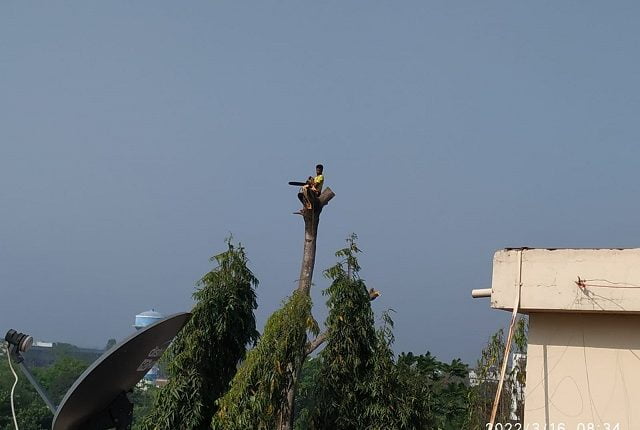 When I first moved to Bhubaneswar in 1996, this beautiful capital city had wide, tree-lined avenues and balmy weather. It had a lovely old-world charm and a laid-back atmosphere, which grew on me. I was amazed to see that there were beautifully sculpted temples, dating from the 8th and 9th centuries, in the old town areas of Bhubaneswar. There was lush greenery everywhere and tall trees formed eco-systems in themselves, with birds, squirrels and insects making their home in them.

I was enthralled to see that Bhubaneswar had an abundance of natural beauty. The Chandaka forest abutted the city on its western edges, the Mahanadi River flowed in the far north and the Kuakhai River on the eastern side, which together helped to regulate the temperature, rainfall and richness of the soil. Rice fields, coconut groves and mango orchards extended in all directions. The temples, caves and historic monuments were a proud testimony of Bhubaneswar’s heritage and rich culture.

Biju Patnaik, the dynamic Chief Minister of Odisha, had great vision for Bhubaneswar and Odisha. The modern districts of the city were planned to realise the future aspirations of the people. Biju Patnaik laid the foundation for several important research centres, state universities and industries in the city and state by granting land.

Two and a half decades ago, Bhubaneswar had few shops, mostly clustered near the railway station and the Unit 1 market, Kharavela, Ashok, Bapuji and Sahid Nagar. Most of the city lived in simple government quarters and private housing. There were no multistorey apartments or granite and glass office complexes.

Two-wheelers, cycles and the occasional car plied on the main roads. People lived and worked close to their communities and ventured outside their colonies to celebrate Durga Puja and other festivals. Shopping was done when necessary and not as a habit or hobby so there weren’t many people on the streets either. It was a peaceful city with no air pollution.

With the super cyclone of 1999, a massive blow struck the city and huge trees, hundreds of years old, were uprooted, changing the landscape of Bhubaneswar forever. It took several years for the people and the city to recover. In the following years, Bhubaneswar and the surrounding districts rallied against successive cyclones such as Phailin and Amphan. The disaster management centre mobilised a strong response to ensure that there was no loss of life again. It was the first time that climate change had an impact on our city.

Over the past decade, Bhubaneswar has become a centre for education, business and commerce. People come to Bhubaneswar to study, find employment, start ventures, participate in sports and cultural events. Educational institutions and support services have mushroomed across the city and its outskirts. The need to provide land for housing, facilities and services for the increasing population has grown exponentially. Main roads have become four-lane roads. Small independent houses are transforming into multistorey apartments blocks. Parks and open spaces are making way for malls and car parking.

The climate of the city too has begun to change. Summers have become hotter with 40+ centigrade becoming the new average temperature. The convectional rains are more sporadic and destructive and the monsoon rains too are falling short every year. The Chandaka forest is slowly being cut down acre by acre to make way for new four-lane roads, office buildings, schools, hotels and gated communities. The forest has begun to retreat further making the region drier, hotter, less hospitable for the natural flora and fauna and even for the native denizens of Chandaka, the elephants.

The Mahanadi River and its tributaries, which flow from the northern to the eastern region of Bhubaneswar as they join the Bay of Bengal, are either flooded or run dry, creating uneven water supply to the agricultural fields in the area. Ponds and lakes in the low-lying areas of the city, which act as natural drainage collection bodies, are now filled up with garbage, construction materials or reclaimed for buildings.

The goal of creating a metropolis, with state-of-the-art infrastructure, is welcome as it provides employment to thousands of people. The spectacular stadium in the heart of the city has become the focus for reviving our national sport of field hockey. Chief Minister Naveen Patnaik must be lauded for his decision to sponsor the Indian Hockey team. Odisha is now seen as a centre for arts and crafts, academics, research and development, sports and tourism.

It is wonderful to see the gleaming bus stops and pavements in Bhubaneswar. The new terminal of the international airport is, rightfully, something the citizens can be proud of. The BMC has done a good job by creating landscaped gardens and traditional murals on the walls of the city roads for tourists and residents to admire Odisha’s art.

Missing the Woods for the Trees

While the progress and transformation of Bhubaneswar is admirable, the development is being done at a cost to the ecology and its environment. The city has lost hundreds of trees and several areas rich in biodiversity have become degraded. The roads are either choked with traffic or often turn into flooded rivers during the monsoon. The hundreds of new concrete buildings which have come up are creating an urban heat island effect. Thousands of air conditioners are used to maintain the temperature in buildings as summers become hotter. This has happened due to the indiscriminate felling of trees, expansion of roads, unchecked construction, and as a result of vehicular pollution.

Instead of imitating the story of cities such as Bengaluru or other wannabe metros, Bhubaneswar still has time to turn around its growth story as a city. When urban planners across the world are scrambling to create ecologically sustainable and environmentally sensitive green cities, Bhubaneswar seems to have lost its vision.

This has been largely due to the uninformed attitude of the city planners and developers in the design of private and public buildings, roads and infrastructure. The economics of the city should not and need not affect its ecology and environment.

To become a true metropolis, the city needs to address the needs of the citizens while safeguarding its natural biodiversity and ecology. Green urbanism is a model which can be followed to conserve and preserve the eco-systems in cities. Many cities around the world are employing traditional knowledge, natural methods and materials, local technologies and renewable energy to keep buildings cool, reduce energy consumption and recycle resources. Citizens can adopt lifestyles to reduce their carbon footprint at home, in offices and during commuting.

Roads and public transport, buildings, housing and infrastructure can be designed without cutting down trees and forests, or choking ponds, lakes and rivers. The conservation of the local and unique ecological systems in and around Bhubaneswar must be taken up sincerely. The city planners must realize the impact of climate change in our daily lives.

The BMC can use alternate forms of mass transport, encourage renewable energy and waste recycling. Green spaces can be integrated within the city wherever possible. Roof and balcony gardens, mini urban forests, parks and, mini sanctuaries must be built. The existing resources which are in disuse or neglect can be repurposed. Ponds and lakes can be rejuvenated and become spots for recreation. Sky bridges can be built for the citizens to appreciate nature. Heritage and nature walks will help citizens have holistic experiences.

For cultural and sociological reasons, the city has to provide public spaces for the citizens of various age groups to conduct activities such as yoga and exercises, skating, cycling, boating, swimming, trekking, and walking. To be called a metro, there must be spaces integrated within the city for the enjoyment of various cuisines, performing arts, literary events, storytelling, art and other exhibitions, music, dance and theater. Campuses which are strategically located in the city such as Utkal University etc. can be utilised for sports, cultural events, academic discussions and skill development in the underprivileged youth especially.

Bhubaneswar is at a tipping point. It can choose to become another run of the mill metro with high rises and choked four lanes or it can transform into an aesthetically and ecologically advanced metropolis, with its unique architecture, pristine forests and rivers, thriving agriculture and grasslands and still be a flourishing center for education, commerce arts and enterprise. We must preserve the original character of Bhubaneswar. 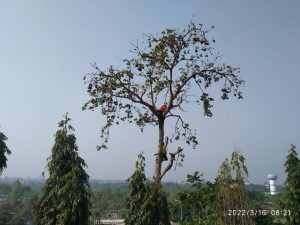 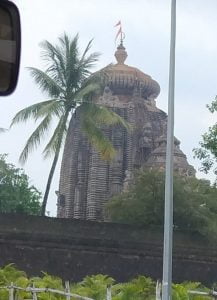 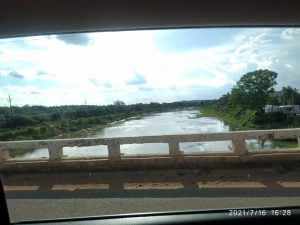