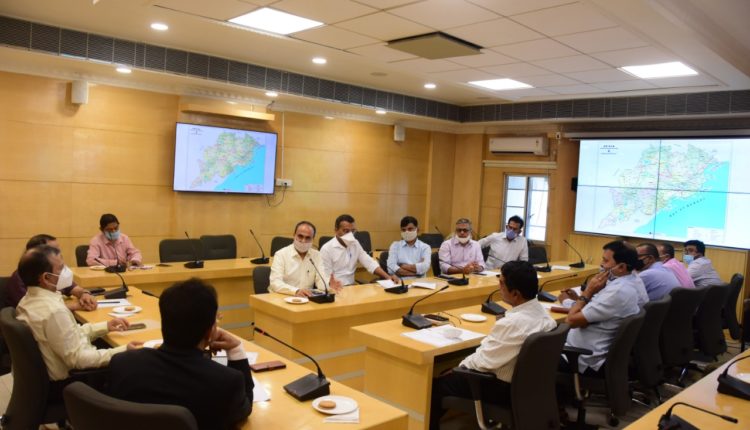 Bhubaneswar: Taking forward its interest in setting up a port facility along Odisha coast, Bihar government deputed a team of its senior officers for initiating preliminary discussion with their counterparts here.

Expressing his thankfulness to Odisha Chief Minister Naveen Patnaik to have accepted the proposal of his Bihar counterpart Nitish Kumar for setting up the port facility in Odisha, Mehrotra said, “I am impressed with the kind of infrastructure created by Odisha government in the industrial estates and the facilitating support provided by to the investors.”

Mahapatra said a port facility needs to be managed professionally on commercial models for making it sustainable. Development Commissioner Pradeep Kumar Jena advised Mehrotra to assess the requirement of Bihar so that the port could be planned accordingly.

Principal Secretary, Commerce and Transport Madhusudan Padhi said 14 locations along Odisha coast have been identified for development of ports through a detailed study. Brief details about seven locations to north and seven to the south of Paradeep port were discussed.

It was decided that a technical team from Bihar would soon visit Odisha to see all the identified locations and assess their feasibilities as per requirements of Bihar.

Principal Secretaries, Secretaries and senior officers of concerned departments from Odisha and Bihar participated in the deliberations.

After the meeting, Mehrotra said, “I visited employment intensive apparel factories in Macheswar industrial estate. I am quite impressed with the infrastructural facilities created in the industrial estates and the support provided by the government to the investors.”