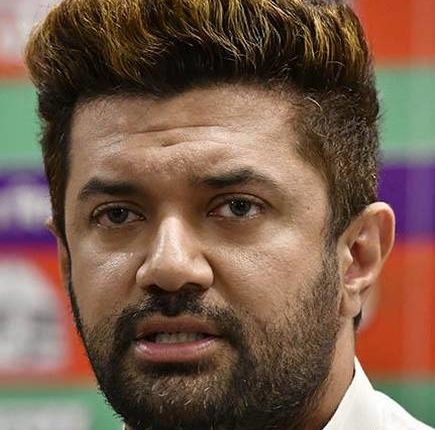 New Delhi: A few days after the announcement of Bihar election dates, LJP chief Chirag Paswan has issued an ultimatum to BJP over seat sharing.

He reportedly met BJP national president JP Nadda on Monday and urged him to come to a seat sharing formula at the earliest. If an amicable solution is not reached,  LJP is likely to field candidates in 143 out of 243 seats in Bihar, as per NDTV report.

Paswan, who has a disgruntled relation with Chief Minister and JD(U) president Nitish Kumar can field candidates against the ruling party in the state, sources said.

A couple of days back, the Congress had given a similar ultimatum to its ally RJD to conclude seat sharing negotiations at the earliest, otherwise it threatened to break up the alliance with Lalu Prasad’s party before the polls.

Fees In Residential Schools May Be Slashed In Odisha