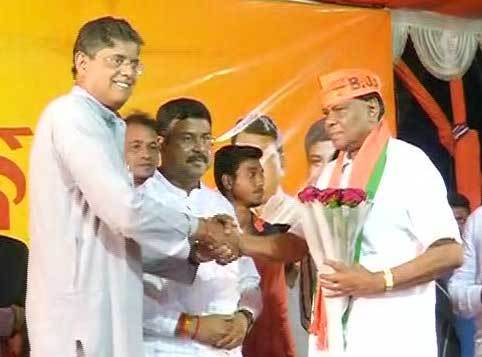 The five-time MLA of Basta constituency, Mohanty, was up in arms against the gross apathy of the BJD leadership towards senior leaders. He said BJD had diverted from the ideals of Biju Babu on the basis of which it was formed. “The party is now being run by a group having vested interests. I was one of the founding members of BJD and a dedicated worker. But the party leadership cold-shouldered several founding members, including me. I felt the party did not need my services anymore and therefore, resigned to safeguard the pride of the people of Balasore district,” he said.

Prior to his resignation from the party, Mohanty had met party president Naveen Patnaik on March 30 and submitted his resignation as chairman of the Odisha Lift Irrigation Corporation (OLIC).

The BJD, in its seventh list of candidates announced on Monday, had replaced Mohanty’s name by Nityananda Sahu for the Basta seat.

Mohanty was removed from the post in March 2013 after he was arrested in a dowry case slapped by his daughter-in-law, Barsa Swony Choudhury. Though he had been continuously winning from Basta since 1990, the BJD president denied him party ticket to contest the 2014 polls.

However, he was reinstated in the party as vice-president on March 16, 2018. He was the observer of the party affairs in Dhenkanal district.