Book Review: Poems That Are Scorched By Anger And Scalding Tears 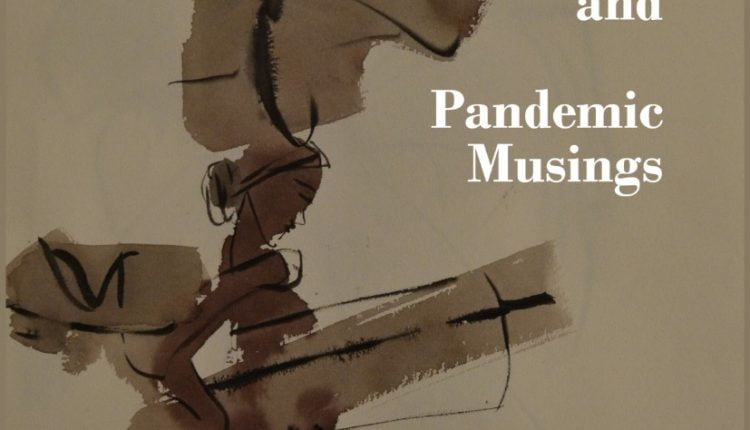 Satya Mohanty is a former administrator-turned-writer. Originally hailing from Odisha, he has made Delhi his home. He is a prominent member of the Odia literary diaspora in the national capital that boasts of such names as Jagannath Prasad Das – he did his homecoming a few years ago and is living in Bhubaneswar now – Amarendra Khatua, Jayshree Misra Tripathi, Chandrahas Choudhury – he too returned to Odisha last year, but only nominally, since he spends more time in London now – Yasodhara Mishra, Paramita Satpathy – the last-named is not strictly speaking a Delhite, but is currently posted in Delhi – Sarthak Nayak, Nandini Sahu, Abhishek Tripathy and so on.

Nalini Singh’s article, “The Age of the ‘Super-Bureaucrat’ in New India”, published in NDTV portal on October 29, 2021, talks about the phenomenon of the ‘Super Bureaucrat’ whose chilling rise to political stardom defines present-day Indian federalism. Mohanty seems to have chosen not to travel down that road, as can be seen from the way he has wielded his pen to call out the systemic failures of the government that have been accelerated rather than mitigated by the polarisation of society along class, religious and caste lines. Mohanty’s polemical, no-holds-barred despatches in the digital platform Wire – readers in Odisha would also like to recall his biting satire on the Pegasus fiasco, published in Odisha Bytes on July 31, 2021 – speak volumes of his critical intent.

Mohanty has added creative writing to his repertoire by starting to dabble in writing poetry and plays. Perhaps ‘dabble’ is not the right word to be used in this context, because he is hardly the kind of writer who would love to fiddle while Rome burns. His first poetry collection was “Dancing on the Edge”, which this reviewer has not read. His second poetic output, however, seems to be very much in continuation with his essayistic desire to strip and expose the ills of society and polity.

It is true that Mohanty, like many thinking persons, retreated into his creative self during the national shutdown imposed in early 2020 due to the COVID pandemic. But this yogic retreat, itself triggered by, and triggering, an ‘intensification of life that he experienced under the pandemic, made him into a poet in the mould of the Chilean Pablo Neruda, the Telugu Sri Sri, and the Odia Sachi Routray, to name only a few.  Mohanty’s current book of poems entitled “Migrants Chronicle and Pandemic Musings”, as the name seems to suggest is much more than journalistic ephemera or just another addition to the growing corpus of ‘Coroniana’. With this volume, the ‘literature of commitment’, a nearly vanished species in the era of global capital and the global turn to the right, is right back on the agenda, with roots stretching back to the literature of radical social criticism and protest that was spearheaded by the Progressive Writers’ Association (PWA) in India in the period before and after the country’s Independence.

The volume is in two parts: Migrants Chronicle, consisting of 15 poems, and Pandemic Musings, consisting of 10 poems. Three lines of verse from the 13th-century Persian poet Rumi and four lines of verse from the 19th-century American poet Emily Dickinson serve as fitting epigraphs to the two sections. The 25 poems, taken together, can be thought of as our peephole into an unprecedented time in human history when an organism, 120 nano-millimetres in size, caused a paradigm shift in our habits, practices and thought processes, pushing whole societies into the virtual era of Zoom and Google meet even as it deprived large sectors of the population of livelihoods, thus widening the social divide. The poems, together with the ink paintings of the famous painter Jatin Das, with whom they are paired, tell us of nightmarish covidital journeys and covidential musings that are part of our collective psyche now.

As is common knowledge, hundreds and thousands of workers in cities and towns took to the roads when the central government, on March 24, 2020, announced a 2-month-long hard lockdown across the country. The window of 4 hours given for evacuation was laughably inadequate. On the long march to their respective villages under the searing heat, with nothing but their small bundles of pots and pans, they suffered untold miseries, which, on top of starvation, included the most inhuman treatment meted out by the police. Many died of exhaustion. Some were run over by trains while sleeping on tracks. And those who survived the gruelling journey to reach their homes became the harbingers of death by spreading the virus among their kinsmen and neighbours. Hundreds of articles in the media, local, national and international, drew attention to the suffering of the migrant workers and treated the in-country migration as a humanitarian disaster in the making.

The poems of Mohanty justifiably seethe in anger at the reduction of the suffering humanity to this ‘consecrated nullity’, with the ‘Constitution on vacation’ and the authority – described with a lovely satirical flourish as ‘the balance of uplifted minds’ – in denial (“We would have been dead”). More importantly, however, they create an emotional logbook of the suffering of the bottom rung of the society by capturing it in vivid images and in telling expressions, consecrated by echoes from Shakespeare’s King Lear, W.B. Yeats’s “Sailing to Byzantium” etc. Reading these poems one gets a sense of man in extremis, ‘hallucinating of home and hypnosis of arrival’ (“Who Are We”). If it were not for these poems, we would not have had a record of and witness to this ‘stubborn topography’, this ‘cartography of cruelty’ (“The Atlas of Two Worlds”). The poems also lovingly note the rare gesture of altruism – as in the case of Sonu Sood – that the parade of naked suffering on the streets drew forth from those who, like the author of these poems, ‘saw it feelingly’ (“Read the Stories with Your Heart”) and felt obligated to create their ‘alphabets of humanity’ (“The Atlas of Two Worlds”). The poem, “Epidemic”, with which Pandemic Musings opens, sums up that bafflingly terrible time in its last lines:

Flashing lights of the ambulance and police cars/Desperately colonized the streets,

Homes became dark echo-chambers,/Tenancy in question but death not in retreat,

A book no one could read./It was life swallowed by the night.

“Migrant Chronicle and Pandemic Musings” of Mohanty, together with the haunting shapes and figures – one such shape adorns the book’s front cover – created by the magic of Jatin Das’ brush, succeed in distilling out the horror of the first year of the pandemic in India.  These are words and images that have earned their keep by being scorched by anger and scalding tears. Kudos to Manu Dash and Dhauli Books for pulling off yet another meaningful publication.

After ‘Durgatinasini-2’, Odia Actor Archita To Star In…