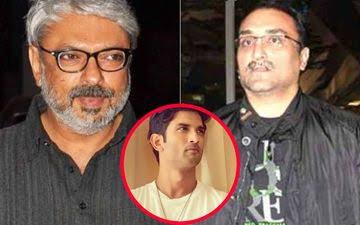 Mumbai: Aditya Chopra’s statement to the police is at variance with that of Sanjay Leela Bhansali’s in connection with the Sushant Singh Rajput suicide case, according to police sources.

Bhansali claimed that Sushant had given up four films as he was bound by a three-film contract with YRF Films — Goliyon Ki Rasleela Ram-Leela, Bajirao Mastani, Padmaavat.

However, Chopra denied that YRF, which was handling Sushant’s career at that time, had stopped Bhansali from casting Sushant in his film.

Chopra apparently informed the police that neither Bhansali nor anyone from his team had spoken to YRF about casting Sushant in Bajirao Mastani.

Republic TV reported, quoting sources, that Chopra said Sushant was free to work on projects of his choice despite being under contract with YRF, citing the example of MS Dhoni: The Untold Story.

Chopra pointed out that Ranveer Singh signed Ramleela in April 2012, whereas YRF’s contract with Sushant was signed in November 2012.

Chopra, head honcho of YRF Films, was on Saturday quizzed by Mumbai Police for over four hours in connection with the death of Sushant Singh Rajput. Earlier this month, Bhansali was also summoned for questioning on the Sushant case.