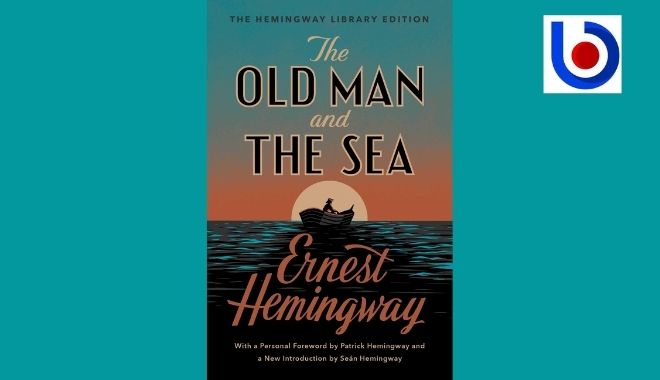 Ernest Hemingway, while sending his manuscript of ‘The Old Man and the Sea’ to his Editor Wallace Meyer, wrote a note: “I know that it is the best I can write ever for all of my life, I think, and that it destroys good and able work by being placed alongside of it.” Indeed, the book won the Pulitzer Prize for Fiction in 1953, and was also instrumental in Hemingway getting the Nobel Prize in the following year. The central protagonist Santiago made an indelible mark in the minds of readers.

Caught up in the struggle between the second wave of COVID-19 and the apprehension of a third wave of the pandemic, the quality that we mostly need now is patience, optimism and perseverance to keep ourselves hopeful of a normal future. All these qualities can be seen in Hemingway’s Santiago – the Cuban fisherman with blue eyes and gaunt structure, perhaps based on a real-life fisherman Gregorio Fuentes.

On the 122nd birth anniversary of Hemingway (July 21) today, it is worthwhile to learn a few lessons of confidence and optimism from his best creation. It is said that Hemingway wrote ‘The Old Man and the Sea’, published in 1952, to give a message to the world that his writing career was not over, especially when his book ‘Across the River and Into the Trees’ (1950) was not well received by many critics.

In his typical iceberg theory technique (keeping story elements to be minimalist without a lot of detailing), the American author portrayed Santiago as this ‘unlucky’ fisherman who did not believe in the tag. Manolin, the young boy who Santiago had trained, tells him: “There are many good fishermen and some great ones. But there is only you.”

Like the spider in the story of Robert Bruce and the spider, Santiago does not lose hope even after not being able to catch a single fish for 84 days. “It is better to be lucky. But I would rather be exact. Then when luck comes you are ready,” points out Santiago. His perseverance bears fruit when he catches a huge marlin on the 85th day but even his luck is put to test. Santiago puts up a brave fight and is successful in warding off some sharks that attack the 18 feet marlin which he has tied to his skiff, but he could not protect the marlin from another pack of sharks that were attracted by the trickling blood of the fish. Apart from his tremendous faith in himself, what is admirable in Santiago is his sense of compassion even for the marlin that he has caught: “Never have I seen a greater, or more beautiful, or a calmer or more noble thing than you, brother.” Santiago sees goodness in everything because of his eternal optimism. His simplicity is inspiring. The way he spent his 84 days of failure eating frugal meals and talking about baseball player Joe DeMaggio with Manolin tells us of his immense patience and his undying spirit to be successful and make it big one day. Literally, ‘one day’ he gets a big catch, but perhaps due to destiny loses it to the sharks at sea. Santiago injures his hands but keeps on fighting them to save his marlin, even after losing his harpoon. Whether it was his big success or big failure is debatable. But what is enviable is his attitude of resilience and endurance of pain.

In this period of pandemic, we all need to imbibe Santiago’s relentless, fighter spirit to bear with the ongoing threats of emerging new variants of the coronavirus. Like Santiago’s days of fruitless endeavours that lasted for 84 days, and despite being an experienced fisherman he had to live with a feeling of failure and despair, we do not know till what time period we have to live with COVID-19. Santiago looked forward to each day with the same level of optimism as his last day of failure. He learnt from his failure, yet did not make it the reason for not believing in a better future. Like the Bollywood actor Sushant Singh Rajput who preached against suicide in the garb of Annirudh Pathak (Anni) to his son Raghav and yet allegedly committed suicide in real life on June 14, 2020, it is unbelievable that Hemingway – the man who could create a character like Santiago – also took his own life in 1961. The same man who wrote the immortal words: “But man is not made for defeat. A man can be destroyed but not defeated.” Indeed, no matter how much we try to hang on to the branches of literature as a survival guide, fact, as they say, is stranger than fiction!

[In Pics] Puri Triad Adorned In Gold Ornaments Atop Chariots

Sunday Poem: You In Me