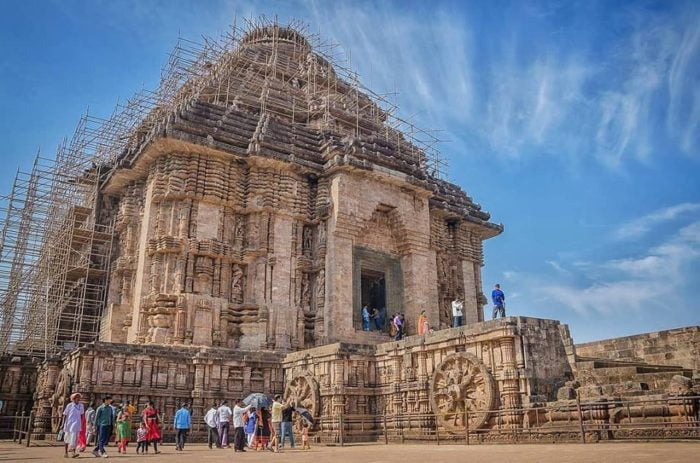 Bhubaneswar: Expressing grave concern over the perilous condition of the sanctum sanctorum of the Sun Temple at Konark in Odisha’s Puri district, experts have advised the Archeological Survey of India (ASI) to take steps for its immediate repair by removing the sands and stones inside the sanctum sanctorum.

Notably, the British government in 1903 had filled sand and stones inside the sanctum sanctorum to prevent it from crumbling.

To know the condition of the sanctum sanctorum, the Roorkee-based Central Building Research Institute (CBRI) had submitted a report to the ASI after examining its condition by using GPRS, laser scanning and endoscopy in 2015 in the first phase. In its report, the CBRI had said that some stones have fallen from the roof of the sanctum sanctorum while the sand filled inside it has been compressed.

Though the CBRI had submitted another report after its second-phase survey of the sanctum sanctorum in 2017, the ASI has neither made the report public and nor taken up the repair work in accordance with the findings.

A R Rahman Arrives In Odisha Capital; China and Spain Teams Too In City