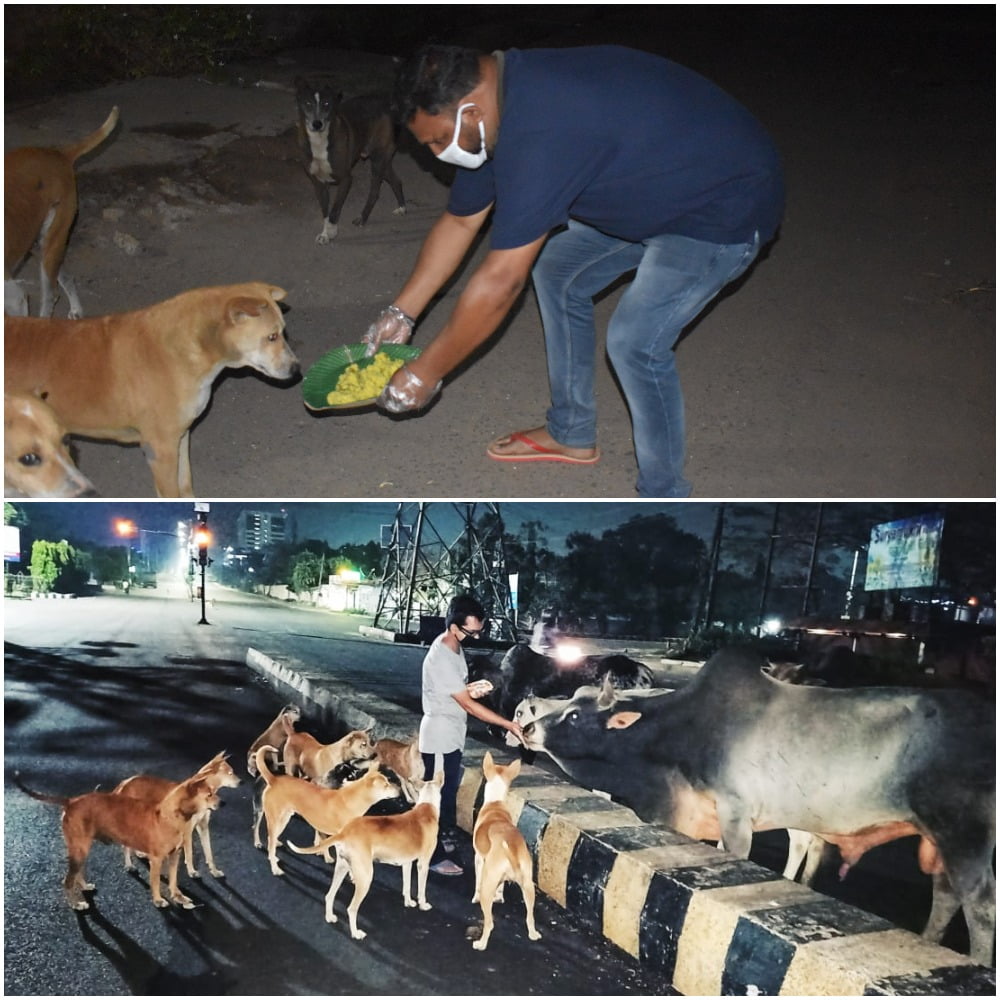 Bhubaneswar: Lockdown is proving to be a difficult time for stray animals as they are finding it difficult to survive. They depend on food and waste from markets, hotels, grocery shops and restaurants and all of them are closed now.

Some youngsters in the city have come forward to arrange food for them. “We don’t want them to die of hunger and thirst on the roads,” said Debasish Mohapatra, a lawyer and social activist.

Debasish belongs to Rasulgarh area in the state capital. He has founded a organisation called Rajadhani Friends’ Foundation, which as about 30 members.

“We started feeding strays including cows, dogs, cats and monkeys from the day after the lockdown was announced. I observed that many people were coming forward to help the poor and needy but no one had spared a thought for the strays,” said Debasish.

“I run a hotel in Rasulgarh area. Before the lockdown period, we used to cook for people but now we are cooking for the animals and birds,” he added.

“Earlier, I used to think about my income through the hotel, now it is time to think about the animals. Friends in my organisation have been helping me a lot. We cook Khichdi, Upma, Dalma, Poha and rice and feed stray animals and birds in Rasulgarh, Saheed Nagar, Acharya Vihar and Nayapalli areas in the city,” said Debasish. 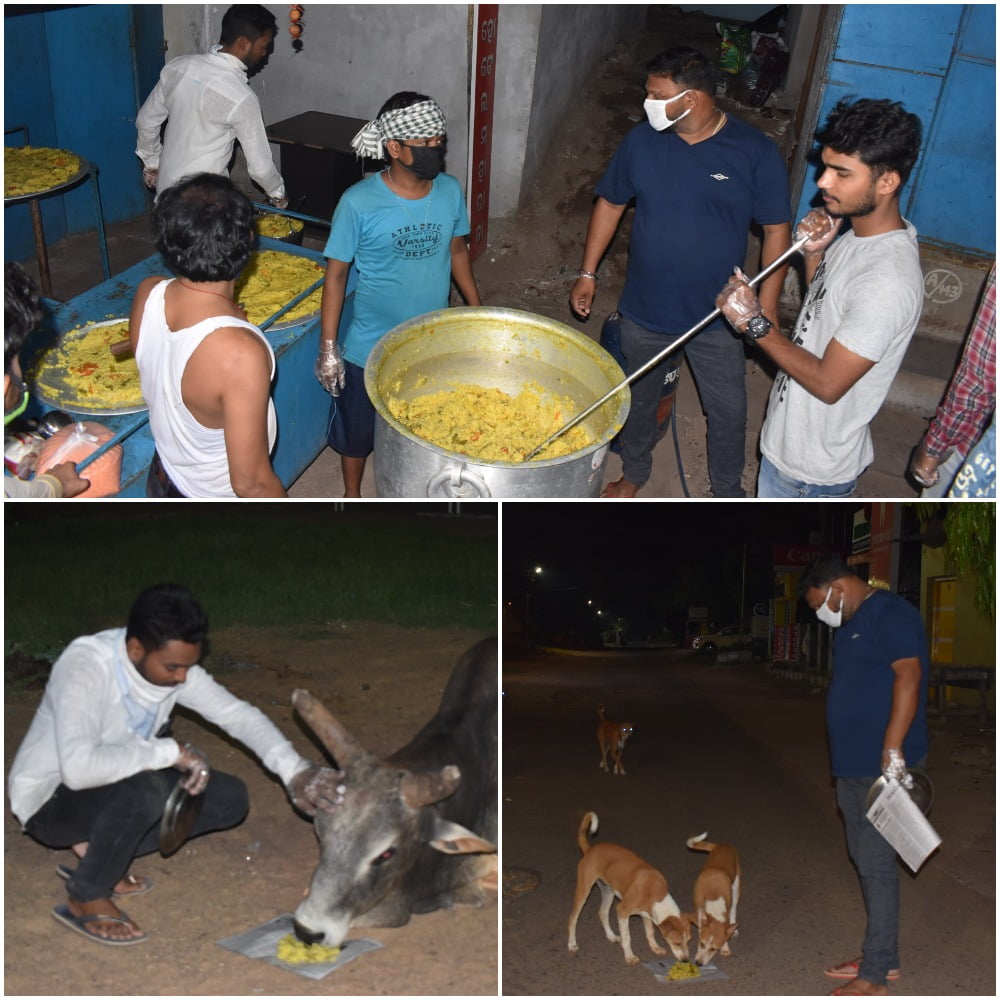 “We are trying our best as per our capacity. Some people have started donating after we put up a request on social media. Whoever wants to help us can contact us on 9114340552,” he requested.

Debasish and his team members can also be seen distributing water bottles to the police and to pavement dwellers. 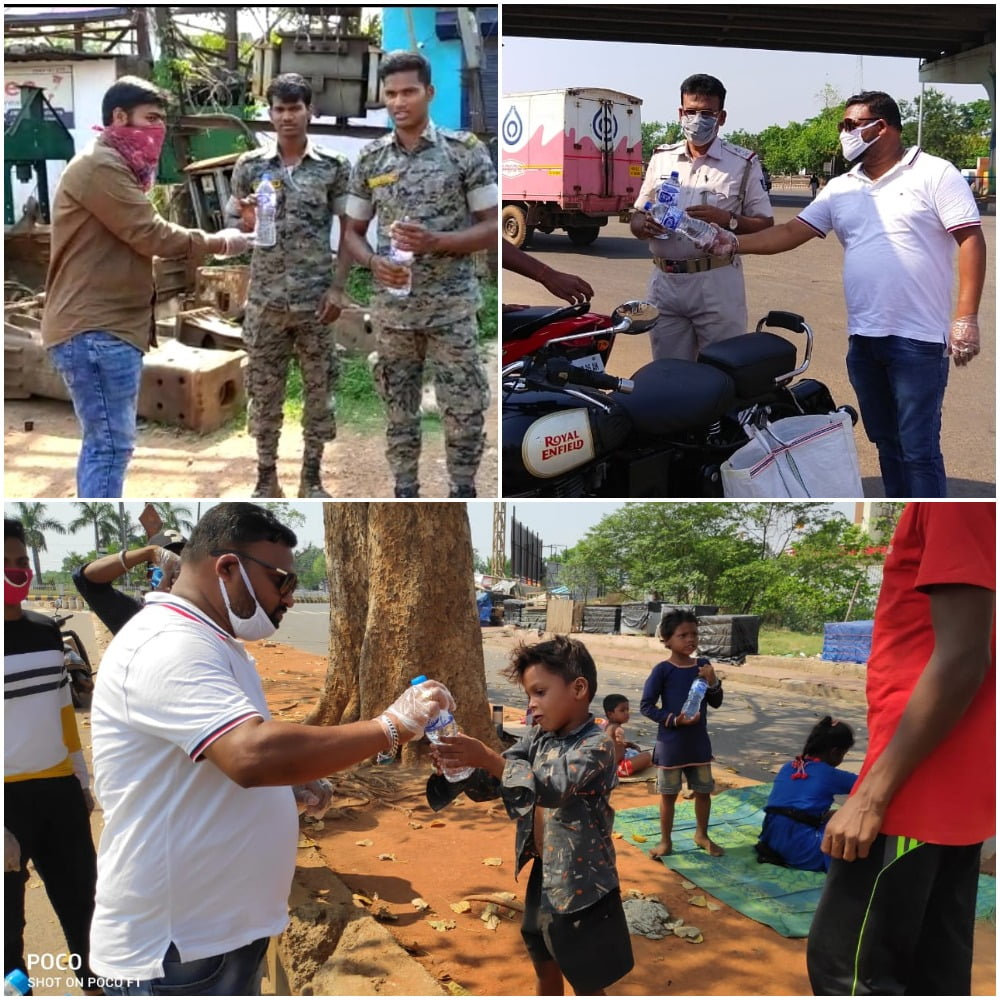 It may be noted that the Odisha government is also feeding stray animals and has set aside a budget of Rs 54 lakh for the purpose.

“We are giving food to stray animals with public funding. Our team members got to areas like Sikharchandi during the day, where they can find monkeys to give food. At night, we feed dogs and cows loitering on the streets of Infocity area, Patia and Nandankanan Road etc. Some of our members also go to Patrapada, Dumduma and Khandagiri areas,” said Priyaranjan Panda, a member of AWTE. 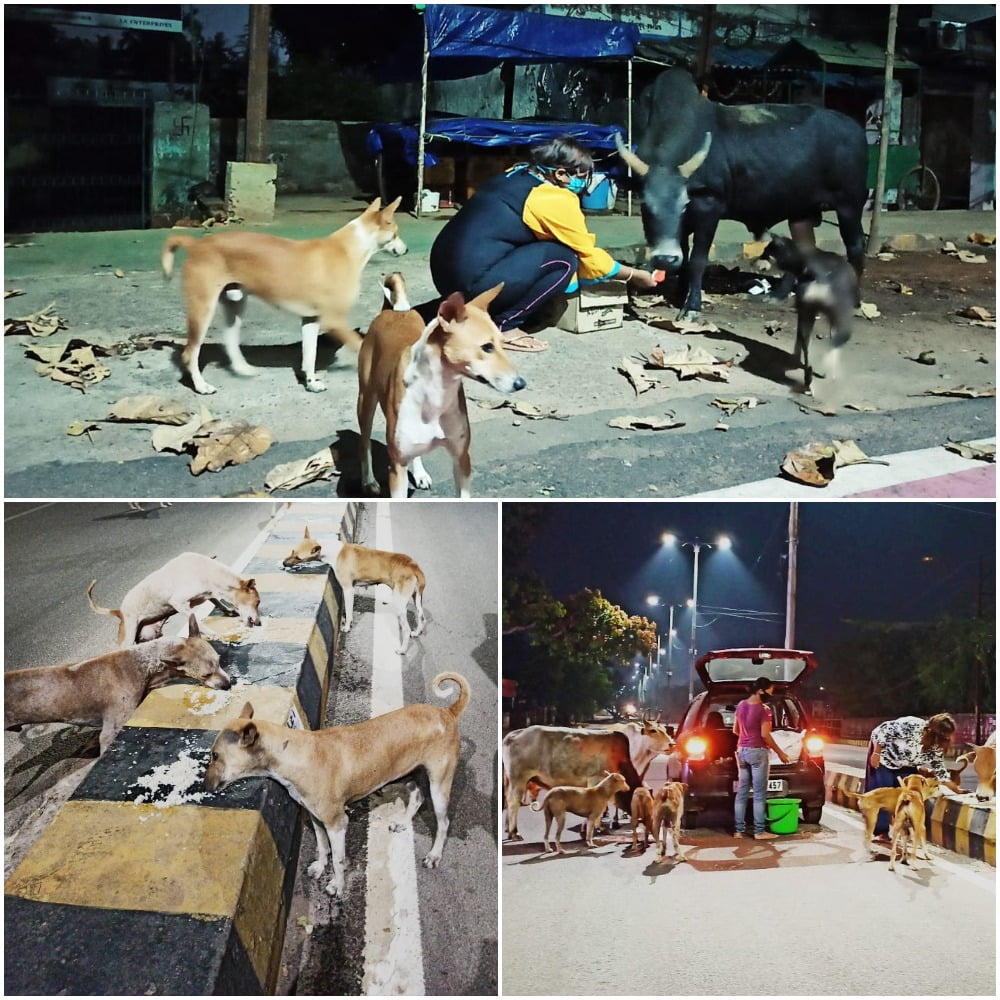 “We have noticed that some people who have a pass drive their vehicles on full speed on the empty roads, making stray dogs easy victims. We request them to drive slow and to take care that they don’t harm animals,” he added.

“Under the guidance of Purabi Patra, the AWTE founder, we have been segregated in different groups to cover many parts of the city. We have a dedicated set of cooks too,” he added. 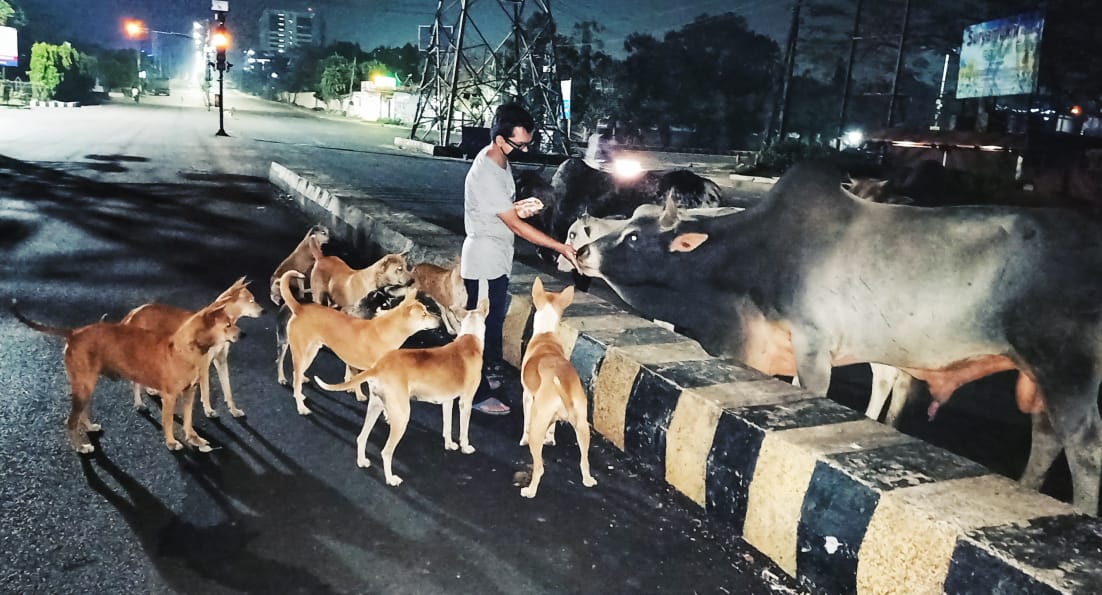 How Did Delhi’s Nizamuddin Become Corona Hotspot? Find Out Here