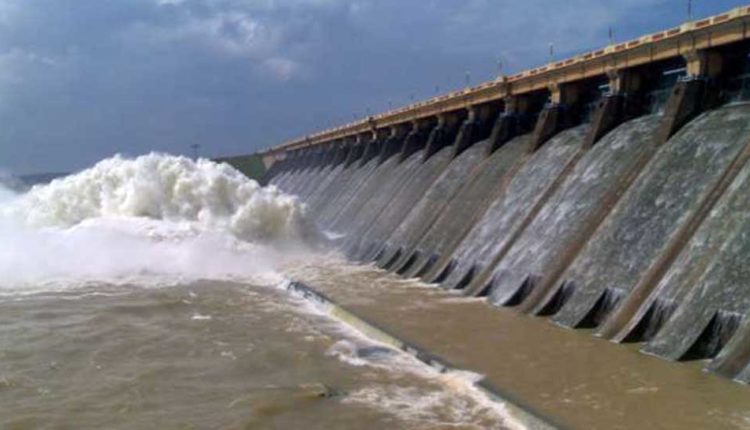 Bhubaneswar: To ensure safety of Hirakud Dam over the Mahanadi in Odisha, the Dam Safety Chief Engineer has recommended quick steps for undertaking a special survey by an expert panel as cracks have been noticed in the over 60-year-old dam.

In a letter to the Chief Engineer of Mahanadi River Basin, Chief Engineer, Dam Safety, Sibasish Padhi has emphasised the need for proper monitoring to ascertain the status of cracks that have appeared in the dam located in Sambalpur district to ensure timely repair.

Referring to the recommendation of the Dam Safety Review Panel (DSRP) which had visited Hirakud dam in 2020, Padhi in his letter said a drone-based inspection of the downstream was to be taken up for finding any cracks on the downstream glacis of the spillway.

The DSRP team had also recommended further study of cracks at operation gallery, foundation gallery, gate shaft and sluice barrels of both left and right spillway of the dam, he said, adding it was scheduled to carry out underwater videography of the face of concrete of the spillway as it could not be inspected visually.

The cracks noticed in the gate operation gallery were needing attention, while observation of an increase in seepage quantity and any further development of those was to be monitored regularly and reported from time to time.

Though dam survey was to be taken up once every five years, no such fresh exercise has been undertaken since 1999 and mapping of the new cracks was necessary to be made along with the status of the old cracks, the letter said.

The exercise of crack mapping was to be extended to the foundation gallery and videography to the power dam portion.

The letter asked the Chief Engineer of the Mahanadi river basin to furnish details of steps taken for necessary review and preparation of a plan for a special inspection by a panel of experts.

Dam safety inspection is an important and integral part of sustained safety of major structures.

After cracks were reported and treated in 1999, the Water Resource Department had in 2015 asked the CSMRS for scanning the dam to ascertain the condition of the cracks. The agency scanned the cracks in two phases with a remotely operated vehicle (ROV) which recorded the underwater visuals of the upstream face of the dam.

The CSMRS team analysed the visuals for mapping the cracks and submitted a report. Basing on the report, the dam authorities had decided to repair the wide cracks, sources said.

Speaking about cracks noticed in various structures of Hirakud, Ramesh Tripathy, a former Chief Engineer, said that these cracks are normal and they do not pose any threat to the safety and stability of the dam.

Cracks in the dam structures are regularly grouted and repaired with the help of the latest technology, he said there should be regular monitoring so that repair work can be undertaken in time. “I do not think there is any danger to Hirakud dam because of these cracks,” he told a local news channel.

On huge siltation, he said it can affect the capacity of the dam reservoir, but will not pose any threat to its safety and stability.

Meanwhile, senior Congress leader Santosh Singh Saluja accused the state government of failing to take any step for proper repair of Hirakud Dam though cracks have been reported quite often.