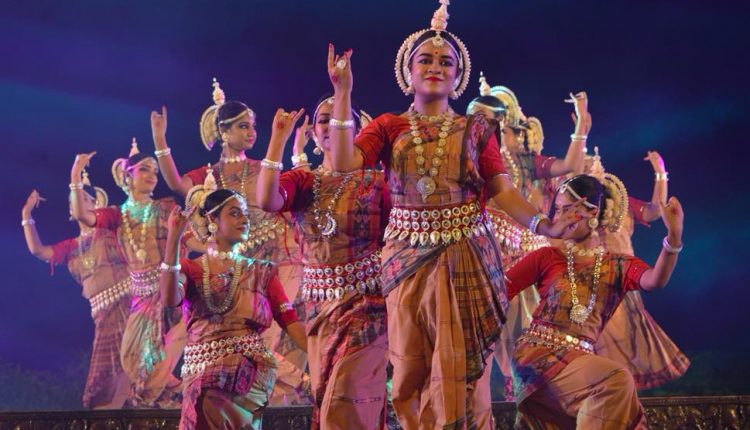 The third evening of the Konark dance festival began with an ovation to the motherland. ‘Bharata Vandana’ by Odissi exponent from Kolkota Debamitra Sengupta and her group depicted the glory of Mother India on the Konark stage. They showed the magnificent Himalayas and unending waves of the ocean through their choreography. The literary input of this choreography came from Pt Nityanand Mishra.

The group then presented ‘Malkouns Pallavi’, which could have been better had it been performed with more movements and changing pace. A major part of the Pallavi was performed in a fixed zone, which didn’t allow the choreography to evolve in the way it should have.

The final production of the group was ‘Nayanarpanam’ (sacrifice of the eye), again a Sanskrit piece written by Nityanand Mishra based on the famous Ramayana story Ram’s Shakti Pooja. Debamitra neatly presented the dance pieces within her limitations. Her group is disciplined and has potential for the future.

The evening saw Mohiniattam performance by one of the finest faces of the dance form, Gopika Verma, known for her expressive brilliance. She came up with a pack of five choreographic pieces. Without playing to the gallery, she went with her slow and sweet movements. In the beginning, she and her group offered a salutation to lord Ganapati, which was gracious and smooth. The next two presentations, based on Maharaja Swathi Thirunal’s compositions. “Aaj aye Shyam Mohan” and “Padmanabha Narthanam”, had deeply involved movements. It was the dance of Lord Padmanabha; gracious and divine. Her depiction of “Bhaja Govindam” was dramatic and descriptive. Dasyam Centre of Mohiniattam group concluded their presentation with a folksy number titled “Ninda-Stuti”.