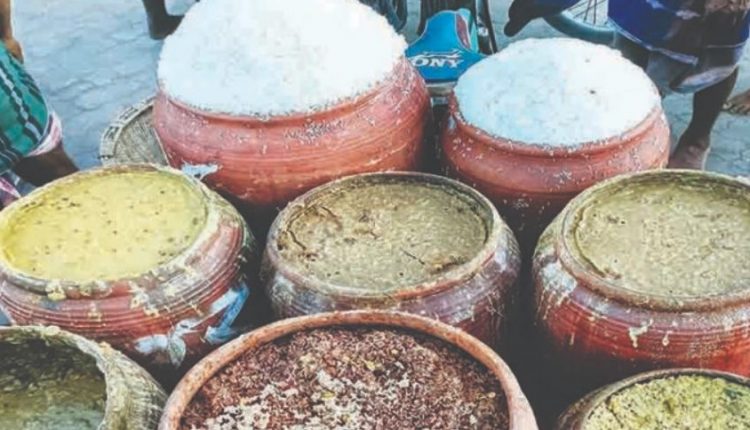 Puri: Resentment is brewing among devotees in Odisha’s pilgrim town of Puri during the holy month of Kartika because of high prices of Mahaprasad, the delicacies of Shree Jagannath temple.

While a large number of devotees from different parts of the state and outside are visiting the seaside town during Kartika, it alleged that some middlemen are charging high prices for Mahaprasad at the 12th century shrine.

President of Suar and Mahasuar Nijog of the shrine, Narayan Mahasuar claimed that some middlemen are buying Mahaprasad from Anand Bazar on the temple premises and selling at exorbitant prices to devotees.

Alleging that the middlemen are exploiting the devotees, he said discussion has been held with the district Collector of Puri about the need to bring discipline in Ananda Bazar and display rate charts of Mahaprasad.

Though the Supreme Court had in 2019  directed that steps be taken to ensure discipline in the Anand Bazar and display of Mahaprasad rate chart, it is yet to be implemented.

However, Narayan Mahasuar said steps will be taken soon to ensure that the devotees get Mahaprasad at reasonable price.

It may be noted that Suar and Mahasuar servitors cook Mahaprasad in the temple kitchen and sell these to devotees after offering them to the presiding deities.

“We have to buy a pot of Mahaprasad meant for one person for Rs 250, which is quite high. It should be fixed at Rs 100,” said a devotee.

Expressing similar views, another devotee said poor people are hit hard by high prices of Mahaprasad. Steps should be taken to bring down the price and to ensure discipline inside the temple, he said.

Many devotees urged the Shree Jagannath Temple Administration (SJTA) to take immediate measures to regulate the prices of Mahaprasad.

Senior servitor Vinayak Dasmohapatra said while prices of vegetables have skyrocketed in recent years, the temple administration should hold talks with Suar and Mahasuar Nijog and fix reasonable rates for Mahaprasad. “They should make joint efforts in this regard in the interest of devotees,” he said.

Asking the government to step in to safeguard the interest of devotees, noted researcher Surya Rath said the government must ensure implementation of the Supreme Court directive to bring discipline in the temple.