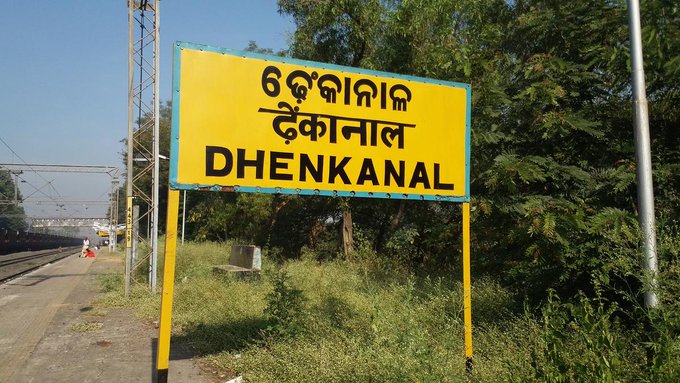 In conservative Dhenkanal, the fascination for tipples among the young population stands out as odd. Once the staple of the social deviant, alcohol appears to have been normalised through gradual acceptance. There seems little inhibition about its consumption and apparently no strong societal disapproval of it anymore. This could be a sweeping generalisation based on fleeting observation or reflection of a statewide trend but what meets the eye in the area along both sides of the bypass road is noteworthy.

This could well be the largest open-air walkthrough bar in the state. While on the road, throw a casual look at the groves close by or any shade-offering tree, you understand why. It’s a terribly busy place for slow-paced Dhenkanal. At any given point in the day, there are groups of people nursing their drinks. Batches of them, transcending age groups, move out and new batches move in. There’s no exception to the routine even on blistering summer days. The magnitude of the matter can be gauged from the fact that the drinking habit of people has created a new livelihood. Collectors fetch sackfuls of discarded bottles every day from the vast drinking zone and trade them at scrap dealers to make money. Earning per individual goes upward of Rs 100 a day, not bad at all as extra income for the poor wallowing at the level of subsistence. Read the irony of it if you want, but that’s how things are.

Budget is a small matter; there is a fermented brew to suit every wallet – from the juice of date palm, which grows in abundance here, to country liquor pouches to IMFL – and the dealers rarely sit idle. As customers keep pouring in from the town and nearby villages, they do roaring business. If locals are to be believed, the area is a favourite hunt for ‘powder’ addicts too. It’s not clear what ‘powder’ means, charas or brown sugar or something else, still, the fact remains that if someone wanted to do drugs here, there can be no place better. But drug addicts are not what we are discussing here; the point is to note the gradual transition of an orthodox society to a permissive one and the possible consequences of it.

A local friend has an interesting observation on this. “It’s not that our society has become permissive. Alcoholism is actually a problem it’s grappling with. Families won’t admit it in the open, but many have at least one member who needs special attention due to the habit. People in the lower strata are specifically affected. There’s more money available with them but their lifestyles have not changed enough to absorb it. This money is wasted on drinking. The natural extension is crime.”

Perhaps he has a point. However, in the absence of reliable data, it would be foolhardy to jump to any conclusion. The sheer number of people in the open-air drinking zone paints a troubling picture though.