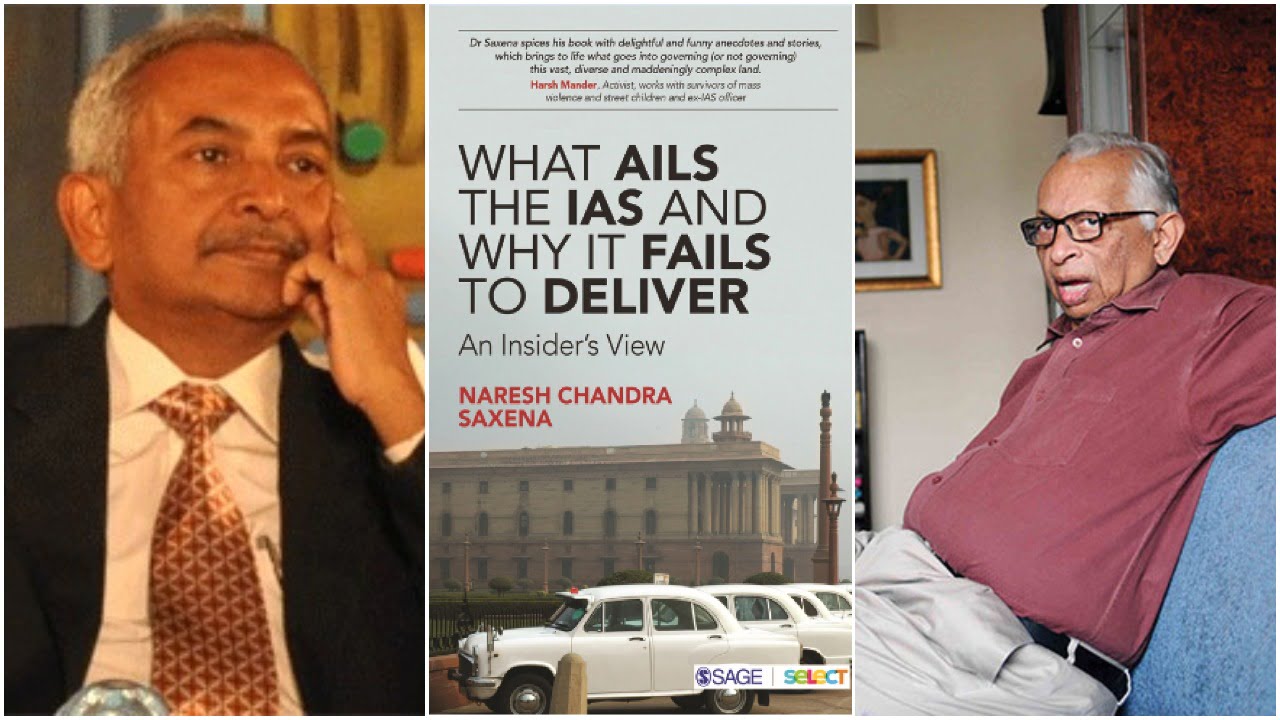 Bhubaneswar: Retired IAS officer Naresh Chandra Saxena recently stirred a hornets’ nest by alleging that he bribed a former Chief Minister of Odisha to get rid of oppressive laws against tribals over two decades ago.

Saxena made the claim in his memoir ‘What Ails the IAS and Why it Fails to Deliver — An Insider’s View’. He even named the person allegedly involved.

However, the then Odisha secretary, forest and environment, Bijay Patnaik has rubbished Saxena’s version, saying it was a figment of his imagination and self-congratulatory piece written in old age.

While the jury is still out on the controversy, Odisha Bytes brings you both sides of the picture. You, the reader, be the judge.

Claim: Crusader For Tribal Rights
In a media report, Saxena described how in 1998-99 he discovered that many tribal women in Odisha were jailed for keeping brooms in their houses. The reason: the Tribal Development Cooperative Corporation (TDCC) and its traders only had the legal sanction to process hill brooms. Collection of hill brooms was allowed, but it was illegal to bind them into a broom or sell them in the market. This prevented them from earning the right price. “In one particular case, assurance was given by the Collector of Rayagada to a women’s cooperative society that it would be allowed to collect and market hill brooms so that the primary gatherers, who are mostly poor tribal women, could get the benefit of higher prices in the market. The society started functioning, but without a valid licence,” the News18 report quoted from Saxena’s memoir.

“But when the Collector was transferred, the women were prosecuted and their stocks were seized. The full stock wasn’t released, even after a court order. This led to a huge financial loss for the women,” he noted.

According to Saxena, he took up the issue and wrote to secretaries in the Odisha government for four years. As the Secretary of the Planning Commission, he was approached by then Odisha Chief Minister Giridhar Gamang for funds. He took the opportunity to ask the CM to change this law and in return assured him an extra Rs 50 crore in the plan as advance and the same amount the following year after the work was
completed.

According to Saxena, Gamang, being a tribal, was sensitive to the issue. He abolished the system of royalties and long-term leases pertaining to minor forest produce. Thus, Kendu leaves, hill brooms, bamboo, etc. were allowed for free trade. Gamang was then with
Congress; he is currently a BJP leader. The state legislature passed the Bill in March 2000 after the new Chief Minister, Naveen Patnaik, assumed office.

Saxena, a believer in the economic philosophy of “socialism for the poor and free market for the rich”, said the political and administrative system in India has believed in “indifference to the poor and control over the rich to facilitate rent-seeking”.

The topper of the 1964 Indian Civil Services Examination, Saxena retired in 2002 as the Secretary of Planning Commission.

However, Saxena’s own IAS contemporaries have called his claim of “bribing the CM of Odisha” for changing the MFP law as a figment of his imagination. Bijay Patnaik told Odisha Bytes, “Saxena’s self-portrait of a lone crusader of tribal rights may please him in
his old age, but the facts are distant from melodrama.”

Patnaik informed that over the years, the entire bureaucracy of senior forest officers and successive Forest Secretaries in Odisha were moving towards the abolition of the lease system in a range of MFPs, including hill broom, tamarind, medicinal herbs, etc.

“That it culminated in the time of Giridhar Gamang as the Chief Minister, holding charge of the Forest Department as well, was in no small measure due to his personal conviction about the need for such a deregulation (he was himself from the ST community),” Patnaik pointed out.

“Gamang did not need the services of a non-tribal messiah from the Planning Commission to convince him of a step which he knew to be beneficial to his own community. Nor did he need a 50-crore ‘bribe’ for taking the step, since the ‘bribe amount’ was small change for a
state having a Plan Budget of multiple thousand crores. I say this with full responsibility since I happened to be the Forest Secretary of the Odisha government at that time,” he added.

Patnaik, who subsequently served as principal secretary to CM Naveen Patnaik and also as Odisha’s chief secretary, noted that there was indeed a move by certain sections of traders to reverse the decision on MFPs. But Gamang’s successor firmly stood by his decision and in fact further liberalised the regime without any “bribe” from the Planning Commission.

“There was a time in the colonial and post-colonial regime when Minor Forest Produce was being looked upon as a source of revenue for the State. Gradually, it was accepted as a forest dwellers’ right and the revenues if any were being returned to the dwellers,” he said.
Patnaik credited this change to the collective thinking of society and the government’s move towards liberalisation and participatory governance. “No individual bureaucrat should gloat over its success as his personal achievement,” he added.

Bhubaneswar Has More Vehicles Than People