Disability No Bar For This Visually-Impaired Principal In Odisha 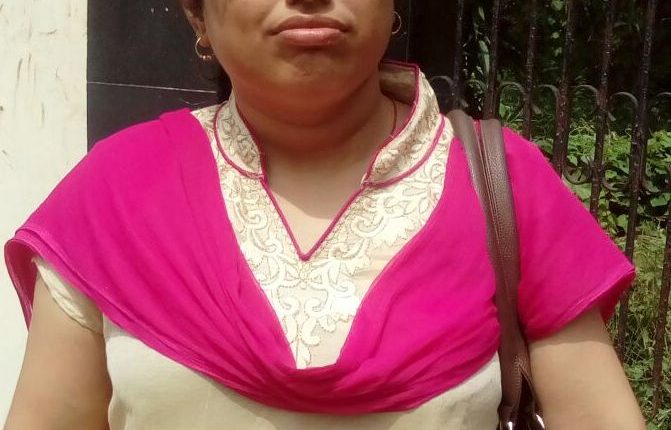 Bhubaneswar: Disability and setbacks are no excuses for those who dare to pursue their dreams and succeed. Bijaya Laxmi Pal, a 38-year-old visually impaired woman and the principal of Elementary Teachers Training Institute (ETTI), Pipili in Puri district, is a sterling example.

Bijaya was born with partial eyesight in 1982, but lost complete vision due to corneal defect while still in school.

Initially, she was studying in a general school, but found it difficult to read the small-sized letters in books. So she consulted an eye specialist and got herself transferred to a special school. However, her real struggle began from Class VIII when subjects like mathematics, social studies and science were added to the curriculum.

There were no books in braille script for these subjects and she had to continue her studies by listening to someone reading her the available books. But the constraints didn’t deter her zeal to study and Bijaya went on to pursue an intermediate course from Satya Sai Women’s College, Bhubaneswar. She then completed her Bachelor’s degree from Rama Devi College and a Master’s in sociology from Utkal University.

Bijaya then decided to go for further studies and completed her B.Ed and M.Ed from Nalini Devi College. She also cracked the National Eligibility Test (NET) for lectureship.

She even secured 47th rank in OPSC’s Odisha Education Services (OES) exam in the unreserved category. But, unfortunately, her appointment was withheld by government officials for two months.

The officials were apprehensive about her abilities and put a question mark on her appointment. On August 2, when Chief Minister Naveen Pattnaik gave out job letters to the selected candidates, the School and Mass Education Department held back Bijaya’s appointment, stating that she was visually impaired.

However, due to the persistent efforts of Sanyas Kumar Behera, the then general secretary of ISWAR, Bijaya finally got her appointment letter and was posted as the principal of ETTI, Pipili.

But her struggles and setbacks have failed to dampen Bijaya’s positive outlook. “Some people come in our life with inspiration and some others with discouragement. All we need is tolerance and accept the positive words as blessings and negative as challenges. That is the only way we can survive in life and overcome all hurdles,” she said.

At the same time, she mentioned that society’s negative outlook towards differently-abled people need to change. “People have this mindset that the differently-abled are not capable of doing something. This perception in society always hurts people with disabilities,” she said.

Bijaya herself has faced this predicament. “People used to tell my family that I can’t do anything in life because I could not see; so it’s better not to waste time on me. But my parents never listened to such people and fully supported me in pursuing my dreams,” she said.

“Most people believe that persons with visual impairment need a lot of help to carry on with their life. People only view them with sympathy whenever it comes to forming any kind of relationship. But this needs to change,” she said.

So what is the solution? “For one, every school and college should regularize braille education as one of their subjects so that people will be able to understand how to deal with visually impaired persons,” she averred.

Bijaya, who loves to spend time with children and make new friends, revealed that she now plans to complete her PhD in sociology, which she had quit earlier due to some personal circumstances.