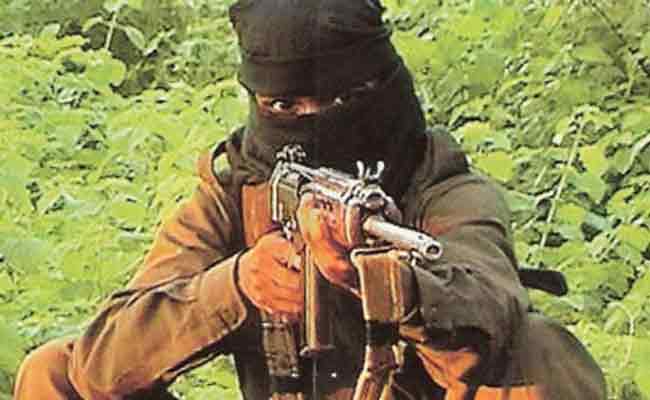 Every crisis is an opportunity for someone. The sudden spurt in Maoist violence in Chhattisgarh, a state that shares a long border with Odisha, seems to have been helped to a great extent by Bhupesh Baghel government’s pre-occupation with tackling the COVID-19 pandemic which has acquired alarming proportions. Chhattisgarh continues to be one of the COVID hotspots of the country with an ever increasing caseload that has stretched the resources of the state government.

The pandemic, which one can safely assume must have taken a toll on the Maoist cadres as well, seems to have come as a boon for the rebels who keep looking for opportunities such as this to strike at the security forces. The April 4 ambush on the Sukma-Bijapur border in which 23 security personnel, including some from the CRPF, lost their lives was an example of how the radicals took advantage of the state government’s pre-occupation with the pandemic to stock up weapons and prepare themselves for such an attack. The planning, too, was almost immaculate though some Maoists were also killed in the exchange of fire between the two sides.

It is an established fact that the ultras, who now have a vast network of cadres straddling states such as Chhatisgarh, Odisha, Jharkhand and Andhra Pradesh, invariably become active when governments, for some reason or the other, lower their guard. This is not to suggest that the government in Chhatisgarh is not doing its bit to checkmate the rebels but it is true at the same time that the pandemic has brought its resources, both human and otherwise, under tremendous stress which has helped the cause of the Maoists.

There is a lesson in this for Odisha as well as the Malkangiri-Koraput belt that shares borders with Chhatisgarh is not only prone to Maoist violence but is also battling a grim COVID-19 situation at the moment. The truth is that the entire administrative machinery of the state and the bulk of its police force are currently engaged in fighting the pandemic. Such a scenario suits the radicals perfectly and one should not be surprised if they try to take advantage of the situation.

On the positive side, Left wing insurgency in the state has shown   a marked decline in the last few years with a number of surrenders taking place. The last of the major surrenders took place in Malkangiri itself which was once considered to be an impregnable fortress of the rebels. Apart from a stepped up drive by the security forces the wave of development that Malkangiri has seen since the inauguration of Gurupriya bridge in 2018 is primarily responsible for motivating the Maoists hailing from the region to bid farewell to arms.

The bridge, which connected what was once known as the ‘cut-off’ area of Malkangiri with the district’s mainland by road after a gap of several decades, has opened new vistas of development. The area, which came into national focus in 2011 after the Maoists abducted the then Malkangri collector R. Vineel Krishna from there, has been re-christened as Swabhiman Anchal perhaps to signify the release of the people inhabiting this once benighted region from shackles of under-development. The people of the area are witnessing the metaling of village roads, setting up of mobile towers and establishment of new panchayat offices for the first time in decades. The bridge has also made it easy for the security forces to launch operations against the rebels who once felt completely secure in their hide-outs tucked away in the hills and forests of Swabhiman Anchal.

Development, thus, has played a major role in weaning the people away from Left wing extremism. As the fruits of government schemes reach them and their level of awareness grows they are certain to reject the regressive ideology of violence propagated by the Maoists. But as the governments in Chhattisgarh and Odisha continue to wage a battle against the rebels there is no room for complacency. The slightest mistake can be fatal as the recent ambush in Chhattisgarh has shown.

IFFCO To Fill Up Hospital Oxygen Cylinders For Free

No Alarming Rise In COVID Cases Post-Dussehra In Odisha,…