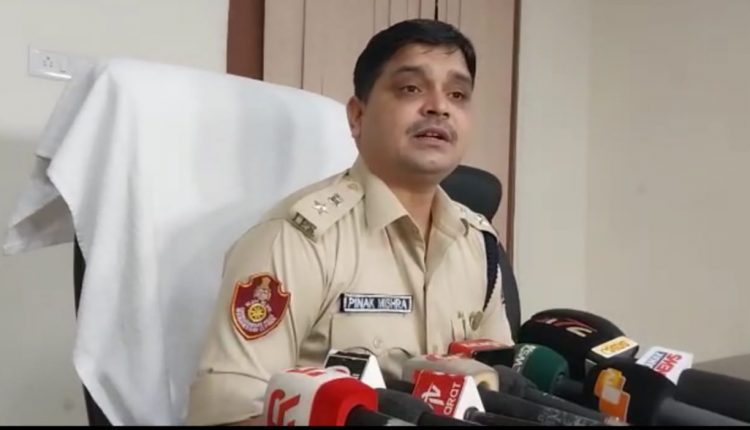 Cuttack: With the supply of duplicate medicines in the name of a reputed company sparking off widespread resentment, the Commissionerate Police has gone on overdrive to trace the accused.

Speaking to media persons on Sunday, Pinak Mishra, deputy commissioner of police (DCP), Cuttack, said they have taken up the case seriously as it is related to health concern of the people. After an FIR was filed, Purighat police station has registered a case, he added.

Since Drug Inspector Tushar Ranjan Panigrahi has named medicine distributors of Jaunliapati, VR Drug Agency and Puja Enterprises, in the FIR for supplying duplicate medicines, the police have considered their owners as prime suspects.

The two distributers allegedly supplied spurious blood pressure tablets Telma 40, which is produced by reputed pharmaceutical company Glenmark, to retailers in twin cities of Bhubaneswar and Cuttack. Both the distributors are absconding after the news revealed their involvement. But the police have launched a manhunt to trace them for interrogation, the DCP said.

Earlier in the day, the Cuttack District Chemist and Druggist Association cancelled the memberships of two distributors. It also extended total cooperation to the police and the Directorate of Drugs Control, Odisha, in its investigation into the case and demanded stern action against those responsible for indulging in illegal acts.

On Saturday, Drug Inspector Panigrahi filed the FIR after Glenmark confirmed that the fake tablets were not produced by the company as the batch number did not match with their stock. The distributors had reportedly procured the spurious drugs from Bengaluru and Gaya and supplied those to more than 100 retailers, the FIR stated.

Real Life Drama: Teenaged YouTuber Who Ran Away From Home Found On Train