New York: Tesla co-founder Elon Musk became the richest person in the world, overtaking Amazon CEO Jeff Bezos. The electric carmaker and space tech genius is worth USD 195 billion while that of Bezos is USD 185 billion, according to Bloomberg News.

The internet has expectedly exploded. Here are some of the interesting tweets:

me: alexa who is not the richest person in the world anymore

Elon Musk became world richest person and everyone’s excited. Jeff Bezos been there the whole while, no one even cared.

It’s not just wealth, your personality too!

Here’s what the billionaire tweeted himself: 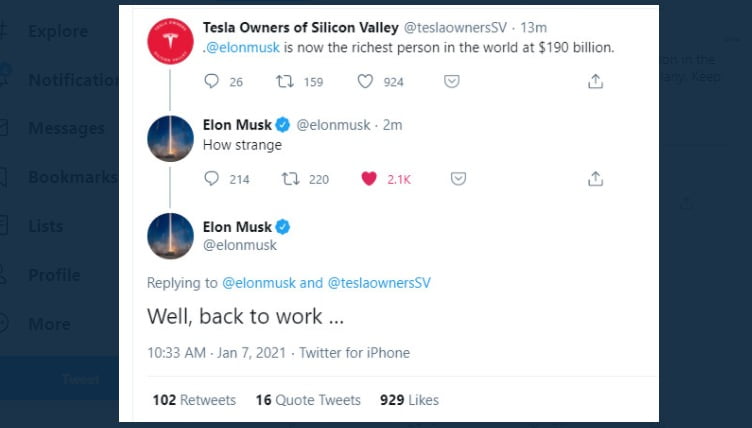