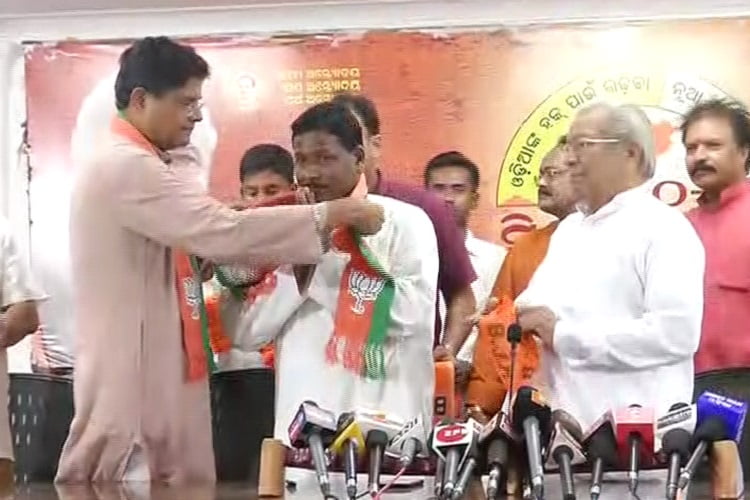 Bhubaneswar: A day after resigning from the Congress, former MP Bibhu Prasad Tarai formally joined the BJP on Thursday.

Tarai arrived at the BJP state headquarters office here in the evening where he formally joined the saffron party in presence of party’s national vice-president Baijayant Panda and Biswabhusan Harichandan.

Tarai, whom the Congress had fielded from Tirtol Assembly seat, had resigned on Wednesday, accusing the grand old party of patronizing and giving tickets to candidates with criminal antecedents like Arindam Sarkel (known as Bapi Sarkel).

He had also accused the Congress leadership of deliberately fielding weak candidates at most places.

“The manner in which the tickets are being allotted to the candidates gives a clear indication that there is a tacit understanding between the Congress and BJD. You can see that at most places, the Congress has fielded weak candidates to ensure a facile win for the BJD,” Tarai had said.

The former Jagatsinghpur MP was in CPI before shifting allegiance to Congress.

‘Congress Manifesto Is The Right Document At The Wrong Time’