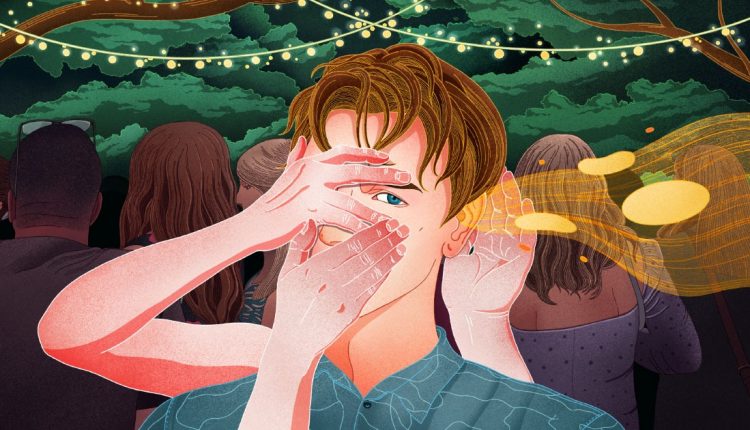 One day my four-year-old daughter Ankita (Nikki) asked, “Papa, what is Nobel Prize?” While I was explaining to her in detail, she lost her patience and asked, “Just tell me has Cadbury got the prize.” I said, “No, these are awarded to people who have conferred the greatest benefits to humankind”. She replied back “If Cadbury hasn’t got this, it is a ‘faltu’ (useless) prize.”

For a four-year-old what could be a greater benefit to humankind than Cadbury’s chocolates? She was just not willing to hear anything else.

I had my training on Block Development Office at Banki in Cuttack district, sometime in 1984. During this period a staffer in the office narrated how a young administrative officer swam across the mighty Mahanadi River during the devastating floods of 1982 to reach marooned villagers. I wondered how could a person swim a distance of more than three kilometres across a river in full spate. Moreover, why should he go to the cut-off villages all by himself and what could he have done there? But the narrator insisted that many people had ‘seen’ the person swimming across the river and he was sure of the feat. Some more people in the Block office swore that it really had happened. A few months later, I happened to meet the officer concerned and asked him about this. He said with a giggle, “Yes, I too have heard about how I valiantly jumped into the raging river and reached the other side to discharge my duties of providing succour to distressed people. I wondered how I could have possibly done so when I don’t even know how to swim.”

This reminded me of an incident during my school days. In our classrooms in Ravenshaw Collegiate School, Cuttack, the ceiling fans invariably made a squeaking sound while running. One day, my cousin, three years senior to me, said, with conviction, that whenever Mr Abhiram Mohapatra, their Mathematics teacher, entered the classroom there was complete silence and even the fans stopped making noise. Mr Mohapatra was known to be a strict disciplinarian. Once Mr Mohapatra came to our class as our regular Mathematics teacher was on leave. I can swear that the fans really did stop screeching, not only me, everyone in the class felt so. We refused to accept the explanation that we were too tense to hear the noise.

Many a time preconceived perceptions restrain people from accepting reality. When I was doing post-graduation in Physics at Utkal University, our Head of Department Prof Bibhuti Bhusan Deo, strongly persuaded me and my friend, Deepak Mohanty, to pursue research in the USA. We were not keen, but considering his constant coaxing we decided to seek advice from Dr Niranjan Barik, a very respected faculty member who had done his doctorate in the USA. Dr Barik was upbeat; “With the recommendation of Prof Deo, you definitely can get into a good University and get a good guide. But I would advise, that you should be mentally prepared to settle down in the USA if you are serious about pursuing research.”

We were not prepared for that. In due course of our discussion, he narrated a very interesting episode about how his endeavour for getting a PhD degree was almost nipped in the bud. Barik Sir was an introverted country boy from humble background and his guide from day one was sceptical about his capabilities. Although he always accomplished all the tasks assigned to him, his guide hardly had time for him. One Sunday morning, after almost a year, he had an unexpected guest knocking on his door, his guide was there in person, “Barik show me what you have been doing so far”. After listening to Dr Barik, he told, “I am really sorry, I should have attended to you earlier. A paper has been published in a reputed research journal on what you have been working on and it has been highly acclaimed.” At this stage Dr Barik was not in a position to speak, choking with emotions. He just gestured him to keep sitting on the chair and pulled out a trunk from under his bed. It had loads of papers on his work over the past months. The guide told, “I cannot undo the injustice done to you, but now I will give you full attention and make good the damage.” Dr. Barik completed his PhD and returned to India.

Sometimes people allow their dogmatic views, based on religion, caste, gender and region, to influence their assessment of individuals. Rajeshwar Prasad, former Director of Lal Bahadur Shastri National Academy of Administration, Mussoorie, narrated one such incident in many of his lectures. While he chaired a Departmental Promotion Committee as a Commissioner in Uttar Pradesh, he observed that one person had very interesting assessments in his Annual Confidential Reports. Some of his supervising officers had rated him very highly and some very adversely. When queried he replied, “I am what I am, my work output remains the same. Good superiors give good reports and bad ones give bad ratings.” Incidentally, all his ‘good superiors’ belonged to his caste.

Sometimes, knowing “Ardha Satya” – the half-truth – can be more damaging than ignorance. Some people consciously manipulate the minds of others with ulterior motives. Unfortunately, even in the twenty-first century people allow their visions to be blurred by parochial considerations and are all ears for gossip that conform to their dogmas. Easy accessibility to social media and lack of adequate regulations are catalyzing the spread of hatred and ill-will, propagated by indoctrinated minds. Some people are using social media to post doctored videos, manipulated citations, and mischievous narrations to manipulate the minds of gullible audiences, to make them see and hear what they wish to proliferate with malicious intentions. And those who try to reason many a times are snubbed to submission by self-proclaimed “big-brothers”.

Sharmila Tagore To Make A Comeback With Gulmohar, A Family Drama, On Disney+ Hotstar