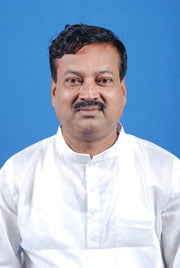 He had resigned from the primary membership of the ruling party and that of State Planning Board earlier in the day, expressing displeasure over election of BJD nominee for Kakatpur seat.

Mallick was elected from Kakatpur on a BJD ticket in the 2009 Assembly elections. The party did not consider his name for the 2014 elections and fielded Surendra Sethi in his place.

Mallick was hopeful of getting the party ticket this time. But the party leadership reposed faith in Surendra Sethi again.

According to sources, the BJP may field Mallick from Kakatpur assembly seat, which was left vacant after party candidate Tusarkanti Behera joined BJD recently.

Besides Sethi, Congress’ Biswa Bhushan Das is in the poll fry from the seat.