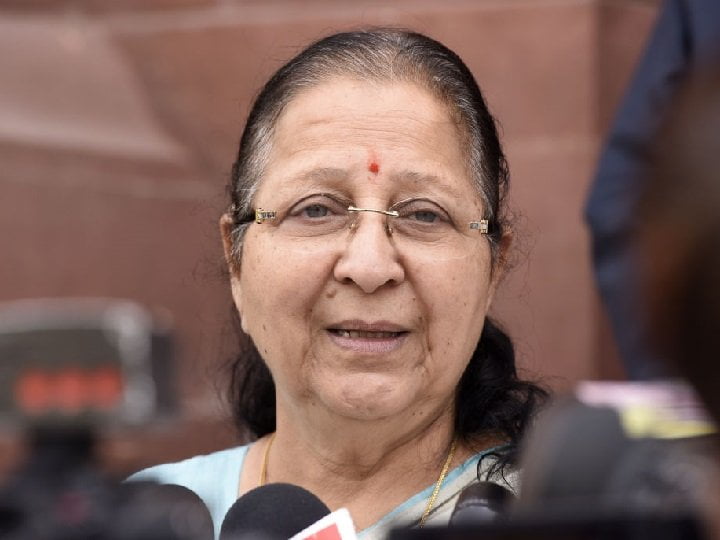 Indore: Lok Sabha Speaker Sumitra Mahajan is the latest senior BJP leader, who has voiced her frustration at being kept waiting for a party ticket for the ensuing polls.

On Friday, she dropped a bombshell, declaring that she will not be contesting the general elections from Indore, a seat she has represented for eight times in a row.

“I am moving out of the equation to ease the confusion among senior BJP leaders over the selection of candidates from Indore. They can choose whoever they want,” she said in a letter.

“The party has not declared its candidate from Indore. Why is this state of indecision? It is possible that the party is hesitating to take a decision,” she added, making it clear that she was being sidelined.

BJP has kept Indore out of the first two lists it has released.

Mahajan felt the party was in a dilemma over whether to give her a ticket or not as she had already held discussions with the senior leaders.

“Thus, I declare that I don’t wish to contest Lok Sabha elections now. The party can take a decision with an open heart and without any hesitation,” she wrote in her letter.

Speculation is rife that the party is not inclined on giving her a ticket this time around, notwithstanding her firm hold over her constituency. Some report had suggested that party’s general secretary Kailash Vijayvargiya is eyeing the Indore Lok Sabha seat.

Mahajan joins a list of party veterans like L K Advani and Murli Manohar Joshi, who have been denied ticket for the Lok Sabha polls. Earlier in the day, BJP leader and former MP from Bihar Renu Kushwaha quit the party after she was denied a ticket to contest from the Khagaria Lok Sabha seat.

Odisha Matric Results To Be Out In May