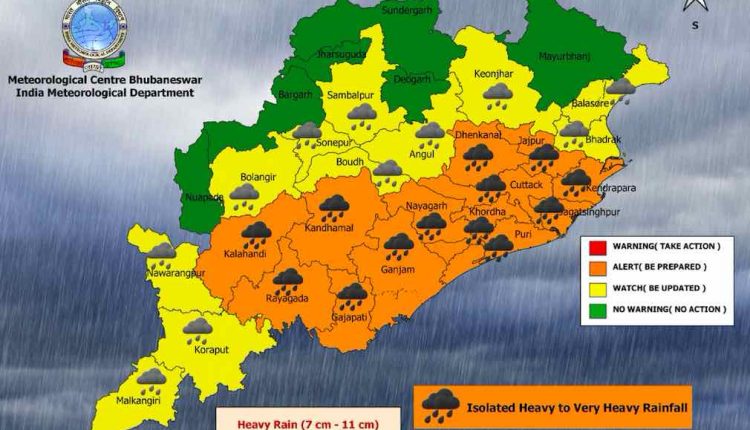 Bhubaneswar: The India Meteorological Department (IMD) has issued orange and yellow warnings with an anticipated low pressure over the North Bay of Bengal likely to trigger intense spells of rain in Odisha for the next four days.

“A low-pressure area is likely to form over North Bay of Bengal around August 13. It is likely to become more marked during the subsequent 24 hours and move west-northwestwards thereafter,” the MeT office said in its midday bulletin.

“The Southwest Monsoon is very active because of the back-to-back low pressure over the Bay of Bengal,” he added. 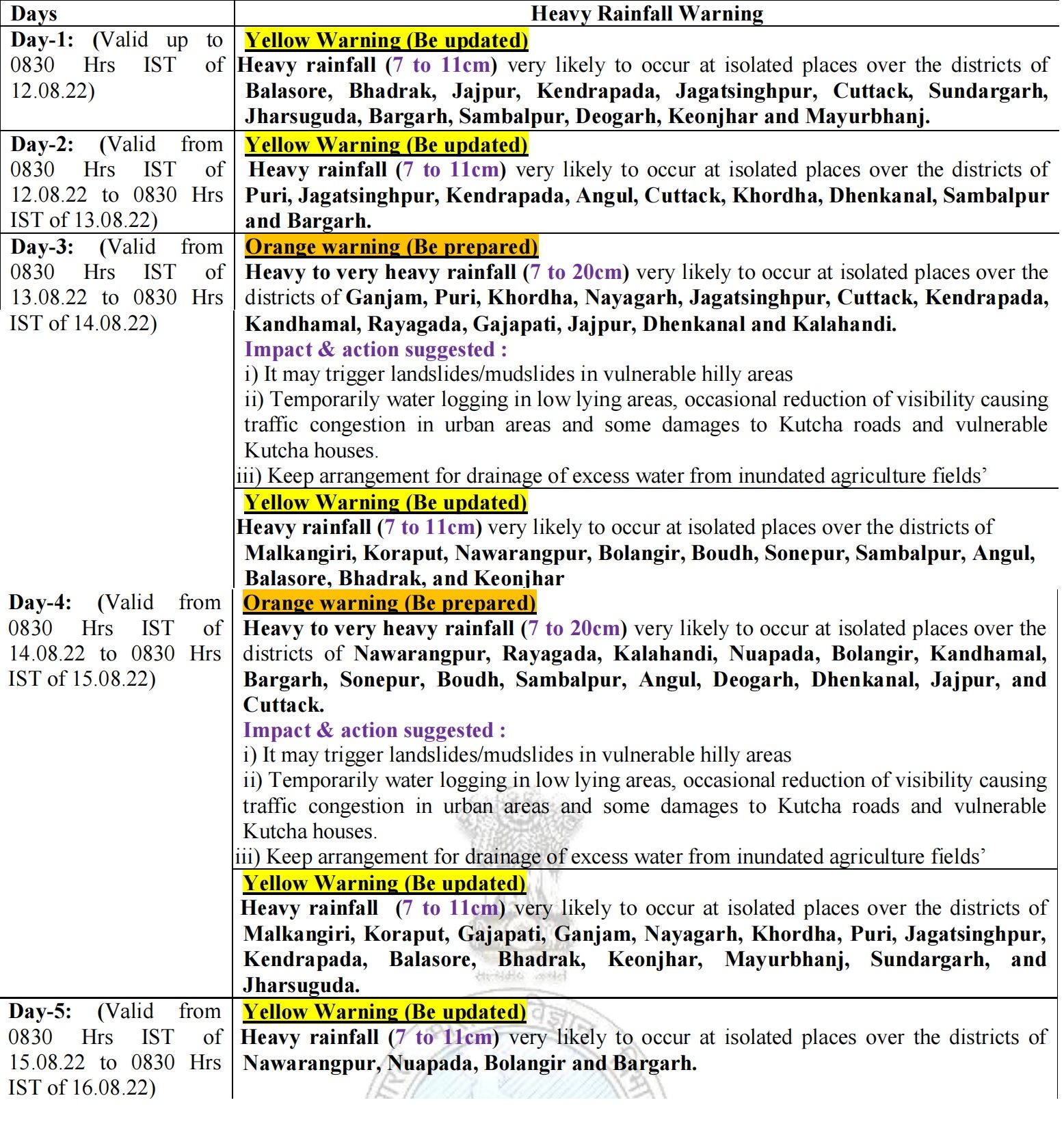 “Under the influence of strong monsoon flow and anticipated low-pressure area, squally weather with gusty surface wind speed reaching 45 to 55 kmph is very likely over northwest adjoining West Central Bay of Bengal off Odisha coast during August 11-12. Squally surface wind speed reaching 45 to 55 kmph gusting 65kmph is also likely along and off Odisha coast and north adjoining west-central Bay of Bengal from August 13-15,” the IMD said.

Fishermen have been advised not to venture into the sea and collectors have been directed to remain prepared to handle any emergency.

Meanwhile, a flood-like situation is expected in Odisha’s Mahanadi due to excess rainfall in the upper catchment areas of Chhattisgarh. More water is entering the Hirakud Dam due to heavy rainfall in Chhattisgarh. With the water level of the reservoir in Sambalpur rising since Wednesday night, its authorities on Thursday decided to open 10 sluice gates.