Friendly And Casual, Yet Professional 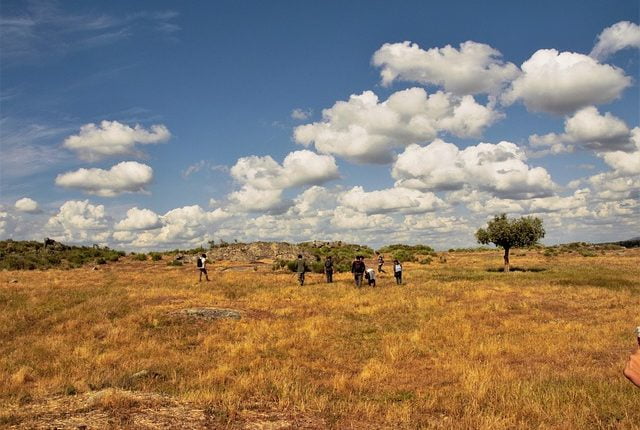 I joined as Executive Director of Odisha State Disaster Management Authority (OSDMA), which was set up after the supercyclone, worst-ever in Odisha’s history, devastated the coastal districts in October 1999.  The enormous restoration works taken up thereafter by the State attracted worldwide attention. Australia India Council (AIC) in association with Confederation of Indian Industries (CII) organized a symposium on disaster management on November 20-22, 2000, in New Delhi to discuss this. I made a presentation.

As a follow up to the symposium AIC showed interest to identify and implement collaborative exchanges in emergency management with India and Odisha in particular. Chairman of AIC Michael Abbot took keen interest and came to Bhubaneswar to discuss with the government. I had invited him and Deputy Chairman of AIC Darren Gribble for dinner at my place. I was amazed by Michael’s knowledge of India, our culture, particularly our fabrics. He matter-of-factly identified the type of saree my wife and the guests were wearing.  (I personally had no clue about that.)

On invitation of AIC, I visited Australia for 10 days, from June 3-12, 2001, to familiarise with Australian emergency management planning and response procedures. They took me to emergency management facilities in Sydney, Melbourne, Canberra, Adelaide and Perth.  They were astounded by the magnitude of devastation and enormity of restoration operations in Odisha.  One official said, “The entire population of Australia is less than that of the population affected by the supercyclone!  We don’t have infrastructure to deal with human tragedies of such magnitude. Say, in the event of a flood, we would physically shift all the affected people and if necessary, airlift them out of flood plains and construct new houses for them.”  For them financial resource was not a consideration but human resource was.  Bush-fire was the main disaster they handled.  Their emergency management was primarily based on voluntary services by communities.  They had trained a large number of volunteers to help local authorities in the event of any emergency situation.  In contrast in our country financial resource is the main constraint, but I think our performance given the resource constraints was commendable. My visit to Australia gave me good exposure to their disaster management systems and they also found interaction with me quite useful.

However, the insight that I got to their lifestyle was more interesting.  Australians in general are very warm, informal and love to discuss cricket.  You can expect anyone you meet would pat you and address you as “mate”.  Many of them go to office in shorts and casuals.  They are sumptuous on food and drinks. One ‘mate’ said, “You just cannot compete with us in eating and drinking. I challenge you to finish half the quantity we consume.” Almost everybody with whom I interacted spoke about cricket.  Wherever I went they insisted that I must visit the cricket stadium. I myself being a cricket enthusiast thoroughly enjoyed it.

My host Michael Abbot accompanied me on two days and invited me for lunch at his home. He had very meticulously prepared for me vegetarian Indian dishes, which were also served to others guests.  I told him he should not have bothered to make such elaborate arrangements and could have prepared non-vegetarian food as well.  I was surprised, when he replied: “You are a vegetarian on Saturdays. You told me so when I had visited your place. Today is a Saturday.  You being my guest, it is my honor to serve you food that suits you most and I can assure all these people will enjoy vegetarian Indian food.”  He took me to Adelaide Oval cricket ground and the cricket museum. Don Bradman was from Adelaide and the museum was built in his honour. Michael accompanied me to different places of interest in Adelaide and acted as my guide.  He didn’t have any airs of being a Queen’s Counsel.

Those days, air travel was completely hassle-free in Australia.  On reaching Sydney Airport, I found the people to be very friendly.  A lady politely asked me if I was carrying any eatables or organic matter that were not allowed and posed a threat to their pristine environment.  They even took my shoes for fumigation.  On my way to Perth, I reached Adelaide Airport quite early. The lady at the counter told me, “Just jump into the next plane leaving in 15 minutes.” There was hardly any security check those days, let alone body frisking.

The taxi drivers were very friendly, though a bit rustic and loved to talk on different issues. They would insist on carrying the luggage of the passengers.  I visited Australian Emergency Management Institute (AEMI), Mount Macedon, about 65 km and an hour’s journey from Melbourne. The taxi driver was a very interesting person, he talked about their family system. “We Australians are like Indians as far as family values are concerned and are very committed,” he said. He kept on talking about his wife and three children.

However, at Canberra I had a different type of experience. The driver was a suave gentleman having dignified demeanour. He quietly put my suitcase in the dicky and opened the door for me.  From his accent I thought he was British and told that to him. “Many people think so. Actually I spent a lot of time outside of Australia. I was a career diplomat.  After retirement, I am driving a taxi just for the fun of it and to feel young,” he said with a grin. It was a cultural shock for me, a retired diplomat driving a taxi!  And I really felt embarrassed that he carried my luggage.

Despite their friendliness, I realised they were highly focused on their work; no gossiping and no discussions outside the agenda while deliberating on official matters. They were very particular about being on time for appointments and very efficient in time management.  Surely, one need not be straightjacketed to be professional.