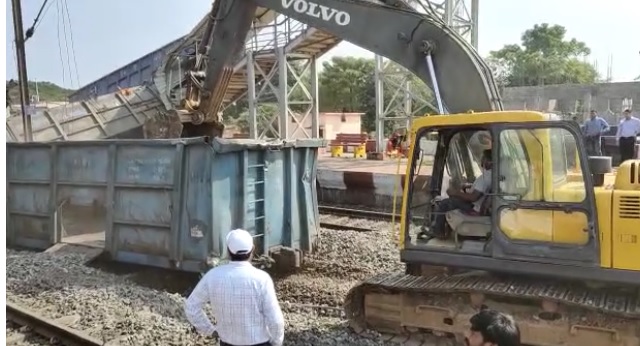 The deceased have been identified as mother-daughter duo Parbati and Kandhei Bindhani, and Absum Bibi.

According to official sources, the bodies were received by the three medical facilities including, the district headquarters hospital, Jajpur Road Community Health Centre (CHC), and Korai CHC.

“Three injured were sent to Jajpur Road CHC. They have been discharged after first aid. Another child, who sustained minor injuries, has also been discharged from the hospital. All the necessary arrangements have been made by the Health Department,” said Maharana.

The mother-daughter duo were waiting to board a train at 7 am for Cuttack to visit SCB Medical College and Hospital when the mishap took place. “I went outside the station to fetch tea for my mother-in-law and wife and returned within a few minutes to find them lying dead,” said the deceased daughter’s husband, Balaram Bindhani after the providential escape.

The couple’s 2.5-month-old son, Biswajit, also had a miraculous escape.

On the other hand, restoration work is on in full swing with seven of the eight derailed wagons cleared from the tracks by 1.30 pm.

Notably, eight wagons of a goods train derailed and crashed into the waiting hall at the Korei station around 6.44 am. The deceased and injured are among those who were waiting for trains in the waiting hall. The railway station building was also damaged due to the derailment of the goods train, which was coming from Dongoaposi and going towards Chhatrapur.