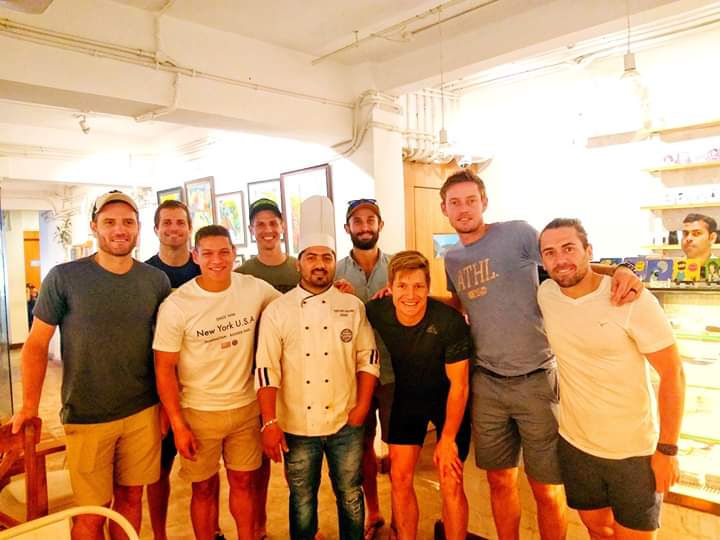 Bhubaneswar: The many things Bhubaneswar was praised for during the Hockey World Cup, included its hospitality. The warmth and love shown to the players of different countries, was appreciated by one and all through social media posts and in their speeches.

One such gem from Odisha, who made the South African team feel at home, is Sudhir Das.

A wealth manager, Sudhir has been a frequent visitor at BOCCA Cafe. “I actually sit and work there and during the World Cup, I used to watch all the matches there. I was this curious fan. One day, the SA team came for their morning coffee and I got talking to them. Since I had good knowledge of sports, we got along well and had a long conversation,” said Sudhir.

During the course of the conversation, he came to know that the players had no financial support from the government or anyone there. “It was just a bunch of working men who decided to take a sabbatical for the game. Some even quit their jobs for the World Cup and collected whatever money they could,” Sudhir added. Some of the players were university students, too.

He grew close to the team captain, Tim, and the coach. He would often tell them about how they played. Seeing their zeal and love for their sport, Sudhir decided to make them feel more at home and support the players in his own small way.

“I decided to sponsor all their expenses at the Cafe. I felt we are hosting them and there is no big deal in giving them a warmer experience here. They were all really happy about it and the fact that they were enthusiastic and happy, made me happier,” Sudhir expressed.

From the first to the last sip of the team’s coffee, it all taken care of by the gentleman.

“They are coming here again in June for the qualifiers and we are already planning to sponsor their stay and food. I am looking forward to a planned stay with them where I get to spend more time and take them around too. There’s time and we hope their next stay in Odisha will be a lot more memorable,” he further said.