Houses Sans Doors In This Odisha Village, How Come?

Yet, no theft has ever taken place here in the past many years 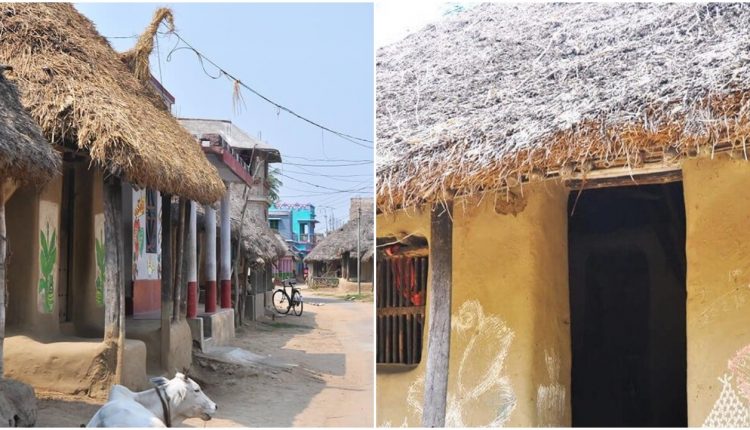 Most of us have heard, seen videos of Sani Singnapur, a village in Maharashtra where no house or shop or temple has doors but only door frames. The presiding deity of this village is Sani, God of Justice in Hindu religion. People of Sani Shingnapur believe that God Sani punishes anyone attempting theft, hence no doors.

Sialia, a village under Rajkanika block in Odisha too has a similar narrative. The houses in this coastal village do not have any doors. The 12,00 odd people living in this village fix only door frames to their house but no doors. According to sources, even their safety lockers do not have locks because villagers believe that the village deity, Ma Kharakhai, guards their houses.

Out of fear for the Goddess, no one attempts to steal in the village. The idol of the Goddess is worshipped under a giant banyan tree at one end of the village. Like the village houses, the shrine, too, does not have a door.

Folklore abounds in the region that years ago, villagers came across an idol floating on a wooden door in a nearby river. They brought the deity to their village and started worshipping her and as a mark of faith in her, stopped fixing doors to their houses. But some believe the name of the village is a mis-pronunciation of the word Shivalaya or Shavalaya, because of the posture of the idol, the Goddess sitting on a door frame while a dog and a fox are tearing at a dead body.

According to the local police, Sialia village has never recorded any theft or burglary. Though thefts take place in all the adjoining villages, not a single case has been reported from Sialia, ever since it was placed under the police station of Rajkanika. Clearly, a result of faith in the Goddess and fear of her wrath!

No one dares to go against the tradition. A villager had put up a door in his house some years ago but some months later, his house caught fire an he had to rebuild it. This time, without doors.

However, the absence of doors also means lack of privacy, especially for women. So, of late, some villagers have started hanging a curtain at the entrance of their house to ensure privacy.

In this age of mind boggling crimes, a village without doors, is an incredible phenomenon and bound to attract curious tourists to Sialia. Some villagers have expressed regret over the fact that the state government has not done anything to highlight this unbelievable factor about their village.