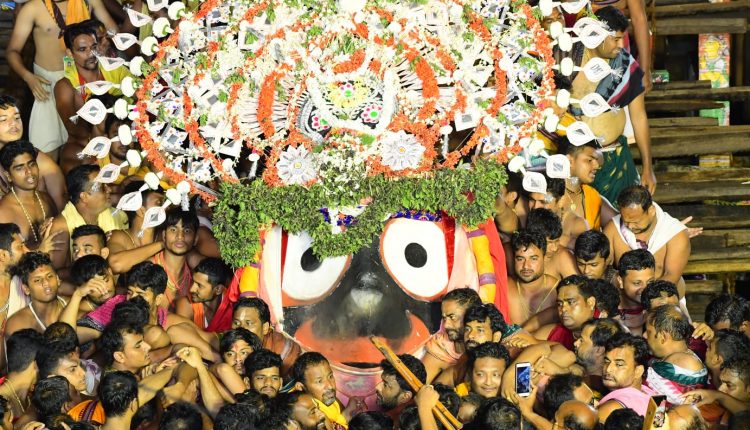 Puri: The Niladri Bije or homecoming of the divine siblings of the Jagannath Temple is underway in the Pilgrim Town amidst a devotional atmosphere and beating of traditional music instruments.

First Lord Sudarshana entered the Srimandira in a Goti Pahandi. Later, the sevayats of Lord Balabhadra and sister Devi Subhadra ushered the idols of the deities to the sanctum sanctorum in a similar fashion.

The pahandi began with the idols of Rama Krushna and Madan Mohan being taken inside the Srimandir and subsequently, Lord Sudarshan, Lord Balabhadra and Devi Subhadra were taken inside the temple.

The Lord of the Universe – Lord Jagannath – was the last to enter the temple at 9.30 pm. The ritual was not a smooth one as His consort, Goddess Mahalaxmi who is annoyed at being left behind in the temple during the 9-day journey of the deities, stops Him at the temple gate.

After an heated exchange of words between the servitors of Lord Jagannath and the Goddess, the Lord is allowed inside only after He offers Her a Rasagolla and a saree to appease Her.

The day’s rituals in pictures: 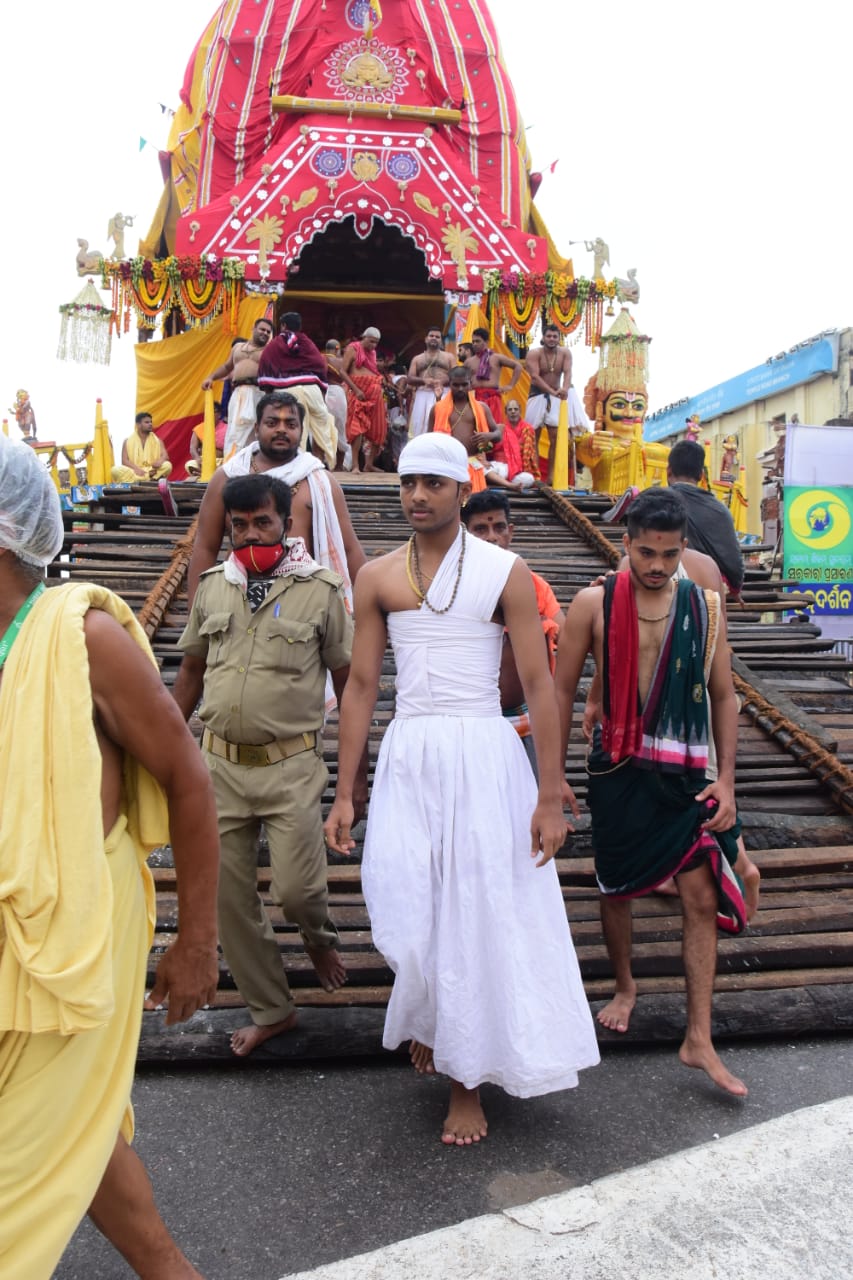 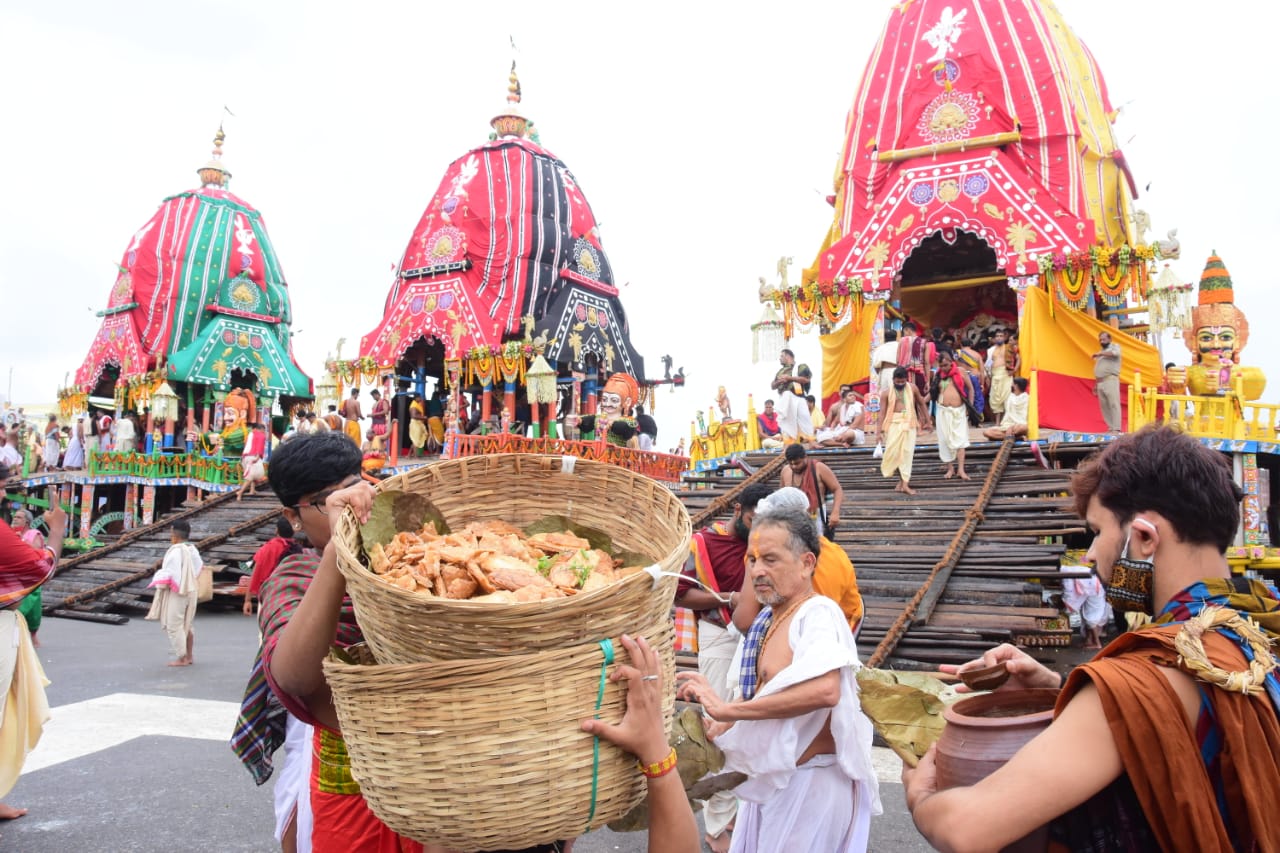 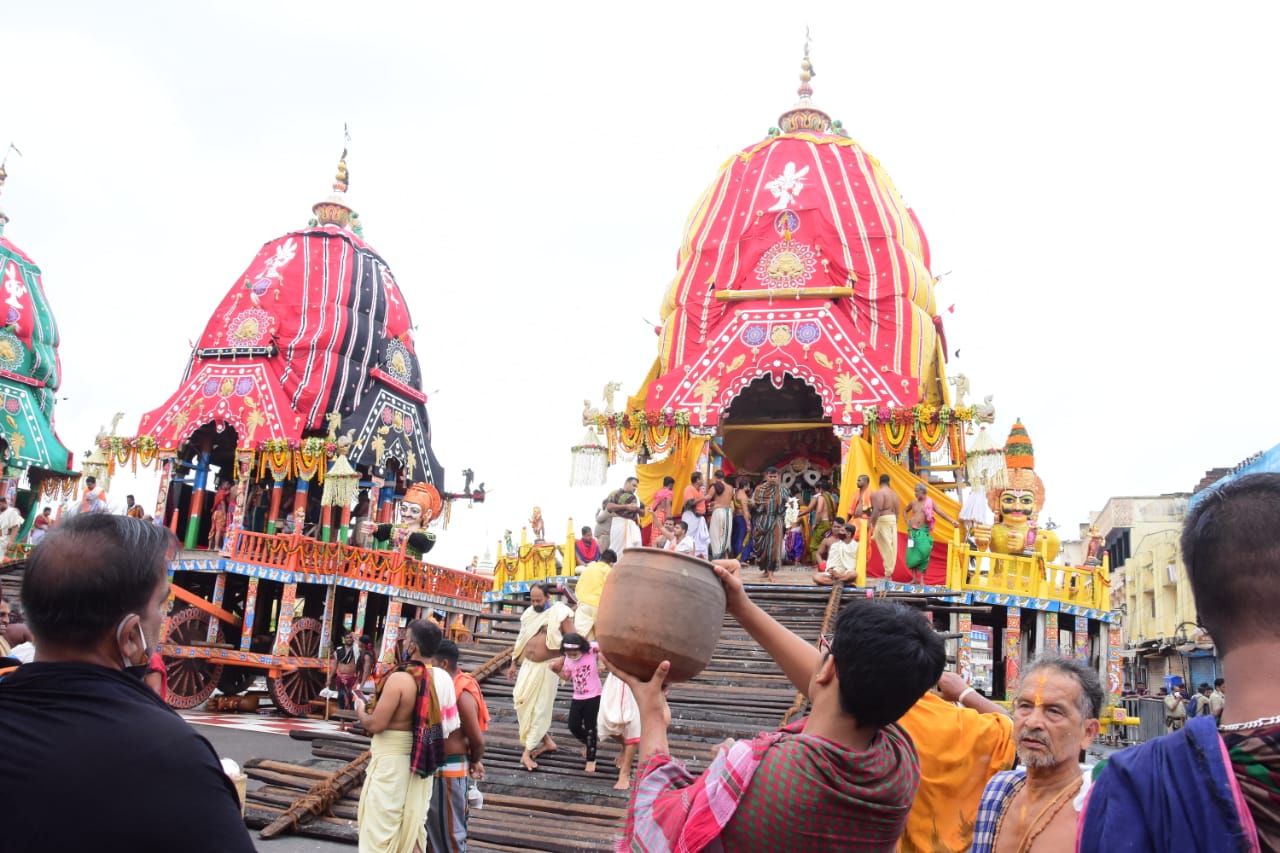 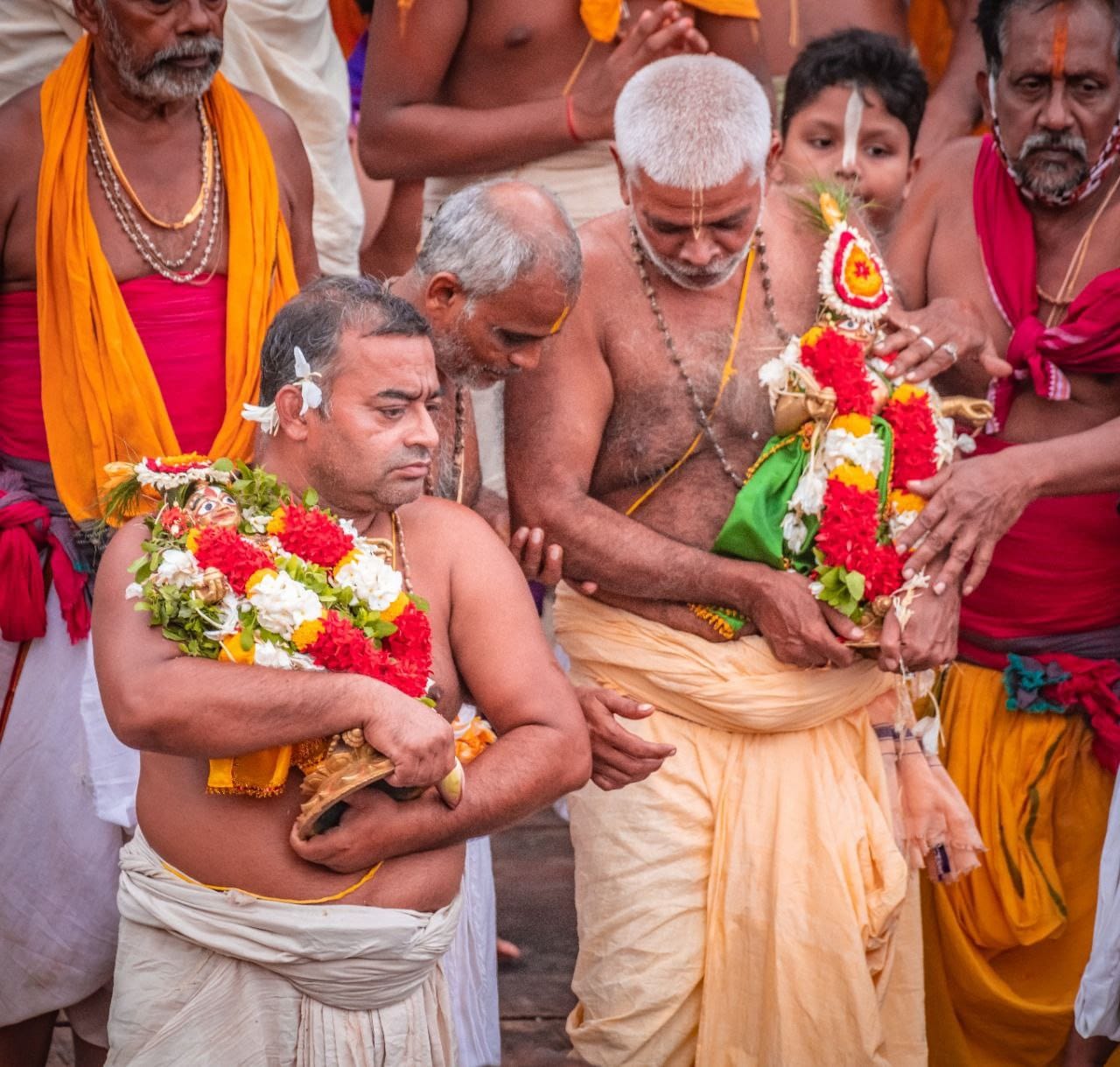 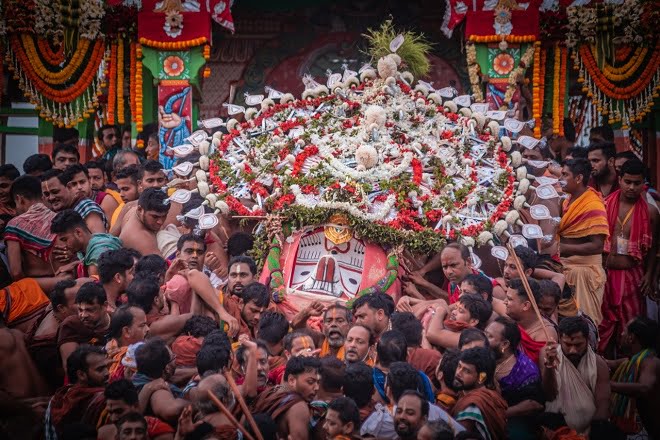 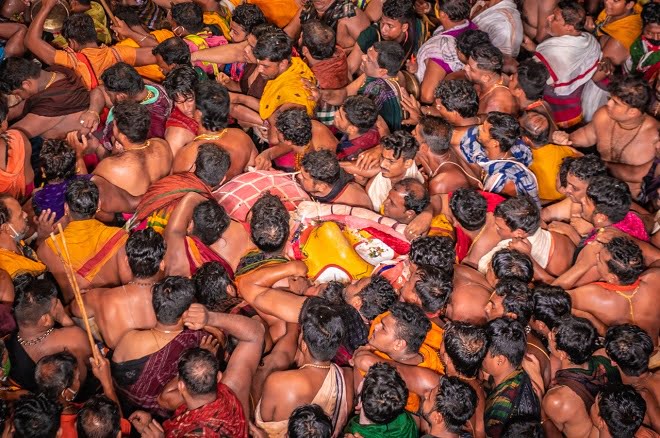