India To Send Human To Space By December 2021: ISRO Chairman 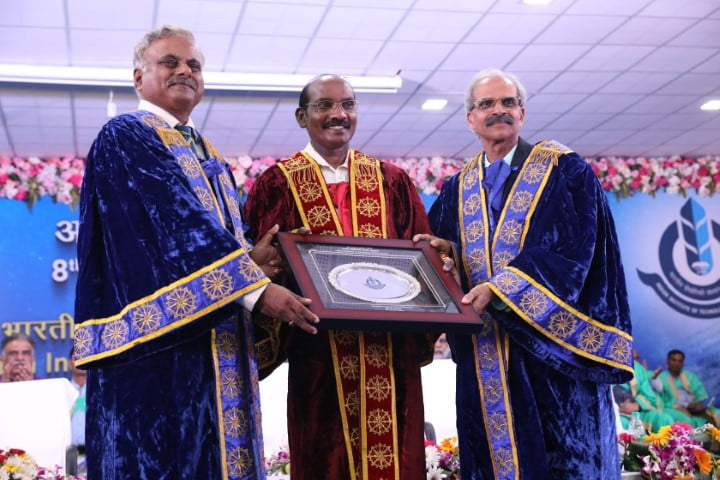 Bhubaneswar: ISRO Chairman K Sivan on Saturday called upon IITians to inculcate the spirit of innovation and not be deterred by failures. The topmost space scientist of the country said every failure that ISRO has seen, the space agency has used it as a learning opportunity.

“We must also realise the fact that if you are not failing, you are not trying anything hard. The question is how to innovate,” Sivan said while addressing the 8th convocation of IIT Bhubaneswar on Saturday.

His speech, the first in a public forum after Chandrayaan 2 mission, gave enough hints that ISRO has become much wiser from this mission as it gears for the human space flight programme in 2021.

Sivan described the Chandrayaan 2 mission as 98 per cent successful as it helped ISRO validate all new technology elements, including navigation sensors and propulsion. “Except soft-landing, all other technologies are validated,” he said. He also said that the life of the orbiter has increased by 7.5 years, which in itself is a huge feat.

“Gaganyaan is extremely crucial for India as it will boost the science and technological capability of the country. By 2020 December, we are going to have the first unmanned mission of the human space flight programme. We will have the second unmanned mission flight programme by July 2021 and by December 2021, the first Indian will be carried by our own rocket to space. ISRO is working on that,” Sivan said.

Don’t give up on crazy ideas…

Sivan asked the B.Tech and M.Tech graduates to keep chasing crazy ideas despite failures because most of the major innovations have taken shape from such ideas.

“The question is how to innovate. First, you surround yourself with inspiration. Be inspired by great leaders, but not emulate them. You have to come up with an original solution, not copy someone’s idea. Remember that several start-ups have failed because they tried to copy each other,” he said.

Sharing his own experience, he said that his crazy ideas during his PhD days earned him recognition among his peers. My professor was unconvinced with standard ideas and asked me to work on the crazy ideas I had discussed with him. I encountered failures, but never gave up.”

He summed up the speech saying, “Shoot for the moon. Even if you are missing, you are there among the stars. Spread joy, chase your wildest dreams, go and make interesting mistakes. The fantastic mistakes you make, learn from that and innovate from that”.

Govt Clears The Decks For Caste-Based Census In Odisha & How! Details Here