IPS Officer Basant Rath To Join BJP Before Next Elections; No Question Of Going Back To Odisha, He Says 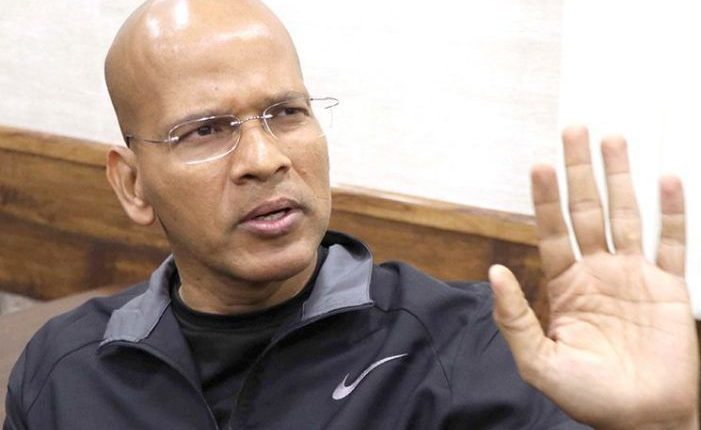 Srinagar: Odisha-born J&K-cadre IPS officer Basant Rath has confirmed that he would join the Bharatiya Janta Party (BJP) before the next Parliamentary elections.

“Baba, I’m joining BJP before the next parliamentary elections. Ifs and buts and ‘just in case’ are for migratory birds,” he tweeted.

He further said that he would stay and work in Jammu and Kashmir and Ladakh. “There is no question of going back to Odisha,” he said, adding that his request for Voluntary Retirement is under process.

On June 25 last year, Rath, who is under suspension since 2020, announced on Twitter that he had submitted his resignation from the Indian Police Officer to the J&K government to join politics. He had then expressed his desire to contest elections against two former Jammu and Kashmir Chief Ministers Omar Abdullah and Mehbooba Mufti.

Notably, Rath has remained controversial and his no-nonsense style in regulating traffic in the twin cities of Srinagar and Jammu while serving as Inspector General of Traffic Police earned him the title of ‘Singham’, a moniker inspired by Ajay Devgn’s tough cop character from the movie of the same name.  His “flamboyant” style of issuing appeals and warnings to everyone, ranging from police officials and “politically well-connected individuals” ruffled a few feathers.

Since his suspension, he has been distributing and shipping textbooks and study material for competitive exams free of cost to youth in remote areas of J&K to enable them to prepare and pass the competitive examinations.

In 2020, filmmaker Mahesh Bhatt tweeted that someday he wishes to make a film on the life of the enigmatic poet-police officer. An alumnus of Jawaharlal Nehru University (JNU), Rath compiled his first collection of English poetry, titled Own me, Srinagar in 2012.

Also Read: Controversy, Thy Name Is Basant Rath; Know All About This Odisha-Born IPS Officer

Born in 1972 in a village in coastal Odisha, Rath studied Sociology at JNU.