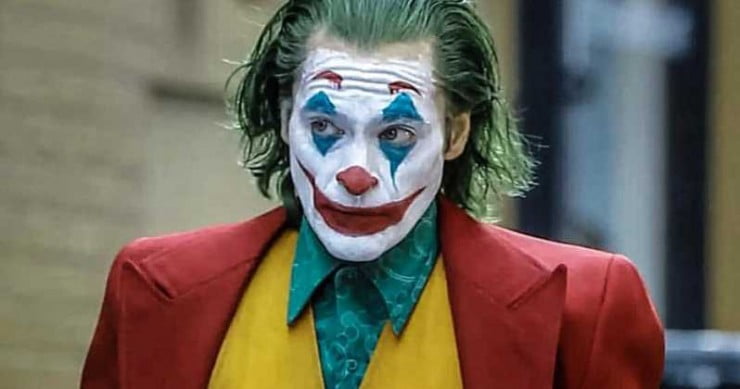 In 2017 Joaquin Phoenix played the role of a loner who lives with his mother, was abused as a child by his father and is troubled by suicidal thoughts. That was Lynne Ramsay’s You Were Never Really Here for which Phoenix received the Best Actor at Cannes.

In Her, Phoenix also plays an introverted-loner who has a hard time dealing with real social life. In Joker his physical transformation is more intense. All the three movies have a social outcast/withdrawn reticent introvert as their protagonist but each character is so different from the others and therein lays Phoenix’s skill that unsurprisingly is generating some Oscar buzz.

Joaquin Phoenix is in every scene of Joker and his performance is carrying the bulk of the weight but that doesn’t mean the movie in itself isn’t praiseworthy. There is a fierce online debate currently raging regarding the politics behind the narration and whether Todd Phillips justified mass shootings and negatively portrayed mentally ill patients.

First of all this is not a political movie. This is not an anti-capitalist, anti-rich, pro-anarchy take on the current global scenario. It is simply a comic-book origin film. However, there is little subtlety and nuance and one can understand why anyone would see this film as Phillips trying to make some kind of moral rationale for criminal behaviour. This is my interpretation and if I am wrong and Todd Phillips indeed is making a socio-political statement then it comes across as a bit juvenile. This is also why all the Facebook quotes with the Joker’s face about humanity and society has become little annoying.

Another factor here is Joker is clearly an homage to Martin Scorcese’s The King of Comedy and Taxi Driver and therefore obvious comparisons will always be made. Gotham is a character in the film with its piled up garbage and huge rats and an unconcerned, rude populace just as New York was a character in Scorcese’s films. Taxi Driver did a better job in bringing out the moral rot in society than Joker does but again it is Joaquin Phoenix’s performance which papers over the cracks. There is a role reversal switcheroo from The King of Comedy where Robert De Niro now plays the successful talk show host and Phoenix the aspiring loser. Hildur Guðnadóttir’s score is haunting and with the miniseries Chernobyl, she is building quite a reputation this year.

Comic-book supervillains do not need an origin story and we just accept them as an ever-present constant. Thus, when movies do attempt such a story it can easily backfire as too cartoonish or campy like Jack Nicholson’s Joker. Todd Phillips really shines in this regard because he kept the tone and tenor of the film grounded and we were really watching the mental breakdown of one clown rather than some grandiose good-vs.-evil battle.

My advice will be to not see this film as a hot political take on violence but as a fresh take on a popular comic-book brand.