Lessons From 2021: How To Revive Bhubaneswar’s Defense Mechanism 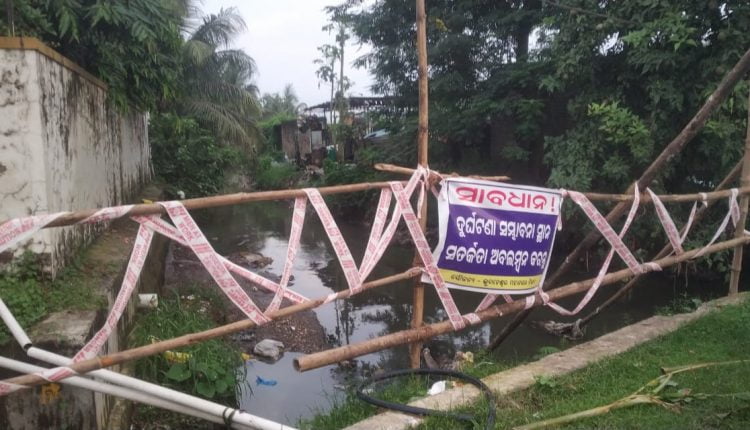 Seven decades ago, Bhubaneswar became Odisha’s capital by virtue of its geographical defense setup, that included a height of 148 ft mean sea level, crisscross natural drainage system, rivers and forest around it. Over the years, though, the city’s defense mechanism collapsed. It had to deal with 200 mm of rainwater within 24 hours, even though there is a 65 km of drainage system and a topography ready to deal with such mechanism.

Year 2021 seems to have given us an idea of what Bhubaneswar needs to deal with in upcoming decades.

The collapse of city defense system is due to bad governance that includes town planners, engineers, administrators, citizens than those politicians dealing with the subject over a couple of decades. Interestingly, the government stopped recruitment of town planners since mid-1990s, but has continued to recruit bureaucrats, engineers, doctors etc. It left cities with in-service trained manpower of 80s and early 90s as town planners, which ultimately resulted in outdated urban planning tools to deal with a 21st Century city.

Bhubaneswar didn’t plan to deal with additional water it gets from rainfall nowadays – something like a year’s quota in just couple of hours due to climate change.

Studies observed Bhubaneswar has not been on its fastest urbanisation path in the last two decades. Poor urban planning with the worst form of urban management led to collapse of Green Infrastructure. Loss of dense vegetarian, agricultural land and 85% to 92% natural drainage is perhaps a reason why Bhubaneswar’s defense mechanism has collapsed.

Citizens’ ‘nexus’ with politicians in transforming their neighbourhood with ugly infrastructure has resulted in even paved road being inaccessible during heavy showers and one needs to look where the drains are. Most of the natural drains had their width reduced or alignments completely compromised from a crisscross flow to 90-degree turn, so as to facilitate concrete jungles instead of flood plains.

Bhubaneswar was not among the waterlogging cities’ map of the world not very long ago. The transformation took place within two decades while chasing the goal of becoming a world-class dream city, without setting the benchmark of what it means to be world-class. Every such rainfall reminds us how bad urban management is when it’s executed from swanky air-conditioned rooms of administration.

The recent rash of rainstorms in Bhubaneswar has cast the spotlight on serious problems caused by intense flooding. Fatalities, injuries, damage to homes and businesses, and the entire municipal infrastructure have been quite devastating.

Given the reality of climate change, these flooding incidents will only escalate, unless the government takes some proactive measures to mitigate the problem.

There are many preventative steps that can be taken to ensure that the city remains safe. Here are some initiatives, just to bring everyone on board and get the conversation to begin.

* First, put in place Early Warning System by properly conveying to the public advance warnings of impending storms and floods. It will not only give people opportunity to be proactive in preventing damage to their property, it will save lives.

* Second, make every effort to revive existing flood plains. There was a time when flood plains covered large stretches along Bhubaneswar. Now, because of urban sprawl, less than half remain. Flood plains need to be restored because of their significant role in flood protection, water management and nature conservation. Essentially, what flood plains do is retain and absorb water, thereby shielding nearby towns from the effects of heavy rainfall.

* Third, bring back sustainability into drainage basin. Once Bhubaneswar used to be a paradise of green infrastructure but today green space is considered a luxury. There is so much concrete on the ground and on rooftops. Concrete is not permeable, it does not absorb rainwater but rather blocks it and redirects it to the drainage systems which, in turn, often become clogged and then water overflows into streets and sidewalks. Unchecked, this often causes flooding. Focus has to be on sustainable drainage. As part of environmental initiatives that are underway across the globe, the recommendation is that impermeable surfaces be replaced with permeable materials such as grass and gardens. This will allow the rainwater to drain into the soil. The process, known as infiltration, also serves to sustain the plant life.

* Fourth, co-create sponge inside the city. This concept has become very popular across the globe but remained unnoticed until the city lost its sponge. A sponge city is one that can hold, clean and drain water in a natural way — using an ecological approach. So, rather than funnelling rainwater away, a sponge city retains it for its own use, within its own boundaries. The uses include irrigating gardens and urban farms, recharging depleted aquifers, replacing or replenishing the water used to flush toilets, and processing it so that it can be clean enough to use as drinking water.

* Fifth, take action. Local residents just can’t leave it to the government, municipalities, environmentalists or urban planners to put an infrastructure in place to prevent urban flooding. Every resident must take it as personal responsibility to adapt to climate change. Whether it’s collecting rainwater or building a garden on rooftops, it’s imperative that residents take steps necessary to be part of the rainwater management solution.

* Finally, while observing rainfall patterns and volume in recent years, it’s emerging that annual losses due to floods can increase ten-fold by 2040 and up to 20 times by 2070. That underlines the importance to adapt to climate change across Odisha. Preventative measures need to be put into place sooner rather than later. As for Bhubaneswar, it must continue to play a leading role in the development and production of forward-thinking, sustainable storm water solutions to diminish the challenges of urban flooding.

Customer Flees With Cash From Furniture Shop Counter In Bhubaneswar