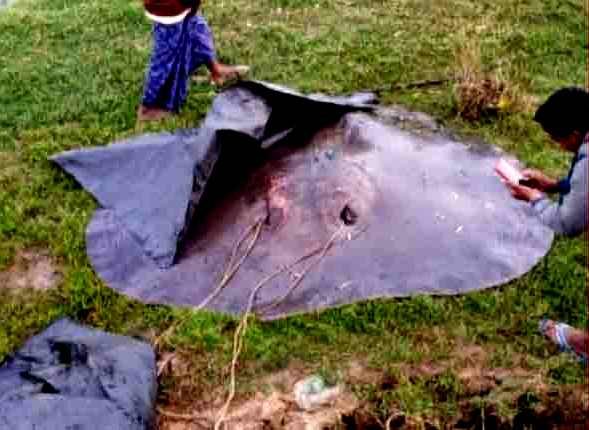 Cuttack: A huge Stingray was caught live in a fishing net in Kandala river at Bilasuni in Cuttack’s Niali block on Friday morning.

According to reports, some fishermen found the rare fish caught in a net near Kundimuha bridge in the Balikuda Ghat area. They pulled the Stingray, which weighed more than two quintals, to the river bank and informed the Forest department.

Later, Forest officials from Phulanakhara reached the spot and released it in the water.

Local fishermen said this was the first time they have sighted a Stingray in the area.

Stingrays are common in coastal tropical and subtropical marine waters across the world. Some species are found in warmer temperate and deep oceans. However, the river stingrays are restricted to fresh water. The species are progressively becoming endangered due to unregulated fishing.