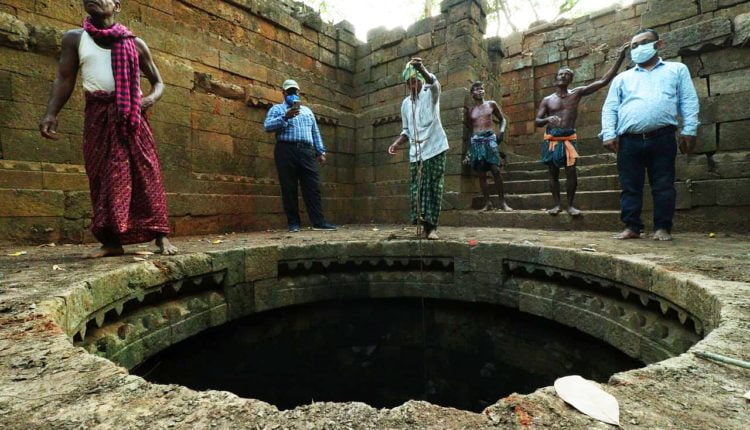 Choudwar: An ancient well, which may date back to the 12th/13th century AD, has resurfaced in Ambilijhari village inside Dalijoda Forest Range in Odisha’s Cuttack district. The well had been in local folklore for ages but had been totally engulfed in thick vegetation and its exact location was lost.

Debjit Singh Deo, of the erstwhile Panchakote Royalty, who resides in nearby Kila Dalijoda Palace, had the wild vegetation and thick shrubs cleared with the help of the local tribals and the well was exposed for the first time in decades.

He informed the find to the Indian National Trust for Art & Cultural Heritage (INTACH) and a four-member team, comprising Anil Dhir, Dr Biswajit Mohanty, Deepak Nayak and Suman Prakash Swain visited the spot and carried out a survey of this ancient monument. 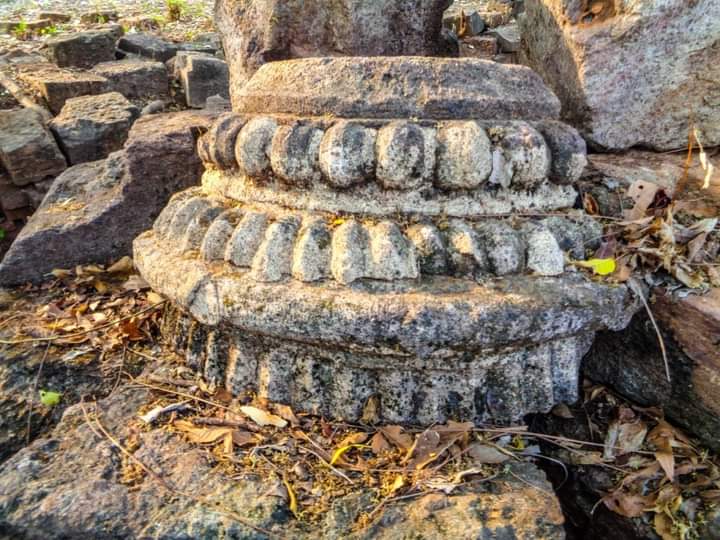 Assisted by the local tribals of Ambilijhari village, the team made a detailed study of the well and its environs. The Dalijoda well is built in a square plan with steps leading to the sunken shaft. The entire structure has immaculate geometry with neatly chiselled sandstone blocks on the lower level with laterite stone blocks on the upper levels. The remnants of at least two Pidha temples are seen strewn all around the well complex. Some of the laterite stone blocks used in the stairway are from the earlier period temple. The Amalka of the Mastaka portion can be seen in three pieces. 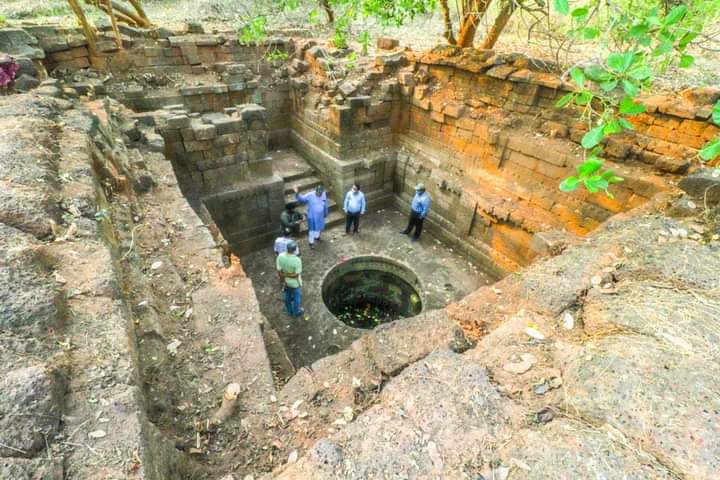 The locals have known the place as the ‘Bhai Bohu Dedhasura Kuo’ and legends about the curative properties of the well water abound.

Dalijoda region was a part of Pancha Kataka of ancient times and was the gateway between Amravati Cuttack and Choudwar Cuttack.

According to Dhir, the well has got unique decorative features, seldom seen in ancient Kalingan temples. It is neither a stepwell nor a temple tank, the sunken shaft is 35 feet in depth and has a water level of 25 feet. The old stone blocks of earlier temples including potsherds and complete pottery indicates the presence of an ancient settlement and religious place. The only damage that has been done is due to the thick vegetation that grew all around. 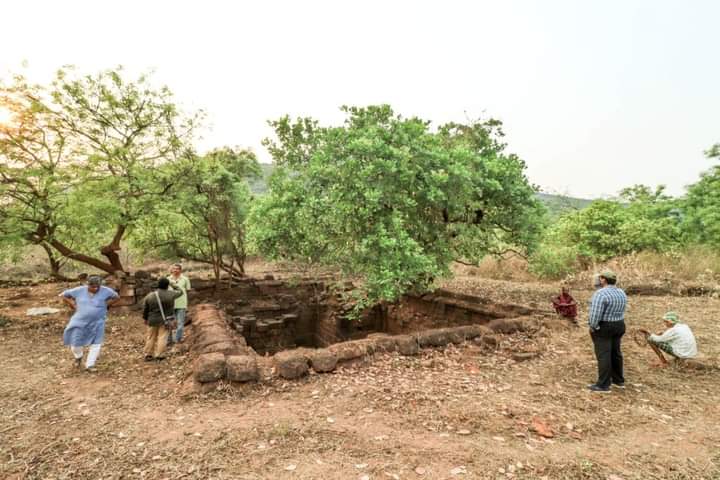 Mohanty opined that the ASI or the State Archeology department should immediately make a proper survey and take measures for the protection of the place. “It is a rich archaeological site, and proper excavations will reveal many more aspects. The well can be easily restored with little efforts,” he added.

Nayak, who is involved in INTACH’s project of “Documentation of the Monuments of the Mahanadi Valley”, said that this find too will be included in the listing as it has not been reported or documented till date.

Actor Kabir Bedi’s Iconic Moment: When A Fan Shouted She Wanted To Have His Baby