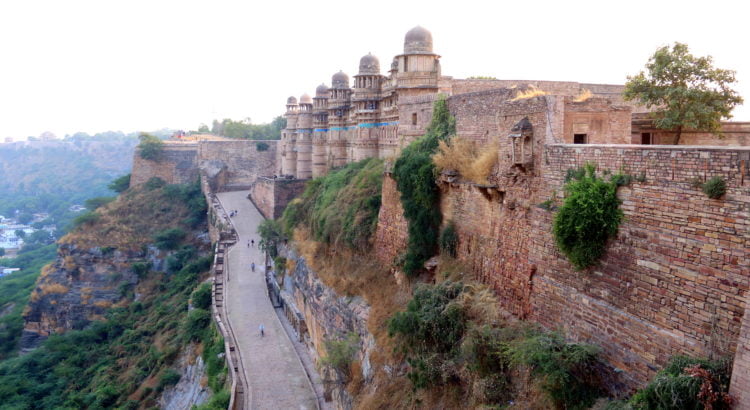 Following my years of travel in India I have reached the following conclusion. When it comes to tourism, western Indian state of Rajasthan is over rated, and central Indian state of Madhya Pradesh is underrated.

What I have found is that Madhya Pradesh has everything that Rajasthan has and more. Ok, maybe, Rajasthan is not over rated and deserves all the tourist attention it gets, but the point I am trying to make is that, Madhya Pradesh has every right to be on top of any tourist’s list of must visit places, as much as Rajasthan, if not more. The point is the heritage glory of MP, be it historical or natural, has largely gone unsung. Let me try and explain my stand one step at a time.

True, Rajasthan does have sand dunes, which MP does not have, but the tourist access is only limited to two small pockets of sand dunes, which are more like small islands of sand dunes. They are Sam (near Jaisalmer) and Khuri (also near Jaisalmer). I was personally disappointed going to Sam sand dunes. It was just like a few sand dunes in the middle of normal arid land. Nothing spectacular or what I had in mind. I expected to see a sea of sand as far as eyes could see with sand dunes on it like high waves following each other. But what I encountered was nothing close to it. Also these few sand dunes were infested with tourists and all things attached to tourists. So there were dancers, people renting those flashy costumes for photo ops, which are made too flashy in the name of traditional Rajasthani attire, people selling fizzy cold drinks and potato chips and the likes.

Rajasthan also has a very few water bodies. The noteworthy water bodies we have in Rajasthan include the Udaipur Lakes (Fateh Sagar and Pichhora), Nakki Lake in Mount Abu and Gadi Sagar (Jaisalmer), a couple of dams near Udaipur (such as Jaisamand) and Chambal river (near Kota). Thought they are important in their own right and being present water scarce desert state and all that, but from a tourist view point, these are not much when compared to the beautiful perennial rivers that crisscross MP, such as Betwa, Narmada, Pench and Ken among others. Rajasthan has nothing as spectacular as the Bheda Ghat (water falls in Narmada near Jabalpur) and Raneh falls on river Ken (near Khajuraho).

Rajasthan has some beautiful Jain temples (Ranakpur, near Udaipur) and Dilwara (near Mount Abu). But when it comes to beautiful historic temples then Khajuraho with its many temples, is the last word. It is for this reason Khajuraho remains the most visited monument by the foreign tourists in India after Taj Mahal.

For a dessert state Rajasthan is rich in wildlife and national parks such as Ranthambore, Sariska, Desert National Park and Tal chappar. But Sariska is bereft of tigers barring a few recently introduced and Tal Chappar is way small and is known for its raptor population. Ranthambore is a good tiger territory, but your chances of spotting this majestic king of the beasts is much brighter in the National Parks of Madhya Pradesh. When it comes to wild life spotting there are no more better places in India than the national parks of MP, with Kanha and Bandhavgarh getting special mention. Pench is on the other handthe Mowgli territory. Yes, Pench forest was the jungle territory that inspired Rudyard Kipling to pen his famous adventure story of Jungle Book.

One point where Rajasthan definitely scores over Madhya Pradesh is the Bharatpur bird sanctuary. But if you visit the Chambal river, near MP and Up border (Chambal Ghariyal sanctuary), than you are in for a surprise. The river is a paradise for bird lovers. Chambal is one of the cleanest rivers in India, and the avian and aquatic life (including easily spotted Ghariyals and crocodiles) it supports as a proof of it.

Pushkar as a religious and cultural destination can be compared with Maheshwar and Onkareshwar. But unlike Pushkar, Maheshwar along the beautifully flowing Narmada, has some very impressive heritage monuments too.

Now, MP and Rajasthan, both have their own hill stations.

In my view, as far as hill stations are concerned, Pachmarhi is better than Mount Abu. Panchmari s not only much greener and bedecked with waterfalls but it has a pronounced Raj legacy too, which adds another layer to the experience here.

Rajasthan is the land of the kings and true to its name it has many impressive forts, with Mehrangarh Fort (Jodhpur) and Kumbhalgarh fort being on top of the list. But the Gwalior fort in MP is no less impressive. Then there are the palaces in Orchha, Mandu, Maheshwar and Bhopal which match Rajasthan in beauty and glory.

And what about the prehistoric cave paintings of Bhimbetka, near Bhopal or the 3rd century BC stupa of Sanchi. Rajasthan simply does not have anything to match these two UNESCO world heritage designated sites.

Now at last but not the least, something about the properties of MP tourism. Well the hotels of MP tourism are not only located at the most impressive spots in a given destination, but they are also very well maintained, and well worth every Rupee spent. To top it all the staff is also very courteous.

The whole point is, for those looking for a complete package as a tourist or as a travel, MP is not to be missed. As tourist we tend to be part of the herd. So we do not try new things and places, but there are many treasures spread across our rich land, that is India. So why rush where everybody is rushing (especially during peak tourist season). Try something new, venture into the less visited and reap the harvest.

Three Encounters In Two Days, Bhubaneswar Police On The Offensive