Michael Kindo, The Gentle Giant Who Conquered The World From Odisha

This Is The First Of A Series Odisha Bytes Will Run On Hockey Greats From Odisha, Ahead Of The Upcoming FIH Men’s World Cup To Be Co-Hosted By Bhubaneswar & Rourkela 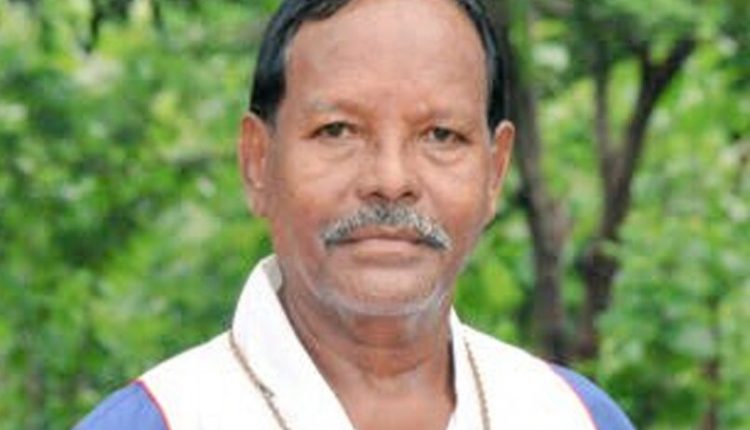 Peter just pointed towards the goalpost and said, ‘he is there’.

That sums up the late Michael Kindo, a full-back who would give his life to defend his team’s goal – be it playing for his country, club or state.

Born into a poor Oraon tribal family at Simdega, Bihar (now Jharkhand), a year before India achieved Independence, Kindo got introduced to hockey during his school days. It was while studying at St Mary’s School that he took to the sport seriously, and the strong hockey culture there helped polish his skills.

But it was after joining Indian Navy that his hockey career took off. He caught the eye of selectors and was selected to play for Services in the 1966 National Hockey championship. He was a regular member of the Services team for seven years, with the high point being the Best Services Sportsman award that he won in 1971.

Describing Kindo’s USP, one of his contemporaries and another hockey great Ashok Kumar once said: “He protected the goal like he protected the territorial waters as an Indian Navy officer.”

Kindo made a significant move by shifting base to Odisha, spending the better part of his life in Rourkela — just 80-odd km from Simdega.

He joined SAI hockey, and went on to represent Odisha in the National championship till 1980.

Kindo also served as Odisha state selector and coached at the SAIL Hockey Academy in Rourkela. He would be forever remembered for taking the initiative to have an artificial turf installed at the SAI Academy.

The first tribal to represent India, Kindo’s crowning glory was the 1975 World Cup triumph in Kuala Lumpur. Though he was replaced by an Aslam Sher Khan in the final, it was an especially sweet moment for Kindo as he had to remain content with silver and bronze in the two previous editions of the World Cup.

A former India captain, Tirkey was the team’s ‘Mr Dependable’, known for his cool head, solid tackling and dodging prowess.

“We were an attacking side and a lot of us could do that fearlessly because we knew there were players like Michael defending our goal,” the legendary centre-half said.

Kindo, who passed away at Rourkela’s Ispat General Hospital on December 31, 2020, due to age-related ailments, was an important member of the 1972 Munich Olympics bronze-winning and 1974 Tehran Asian Games silver-winning teams as well.

An icon for the tribal community, especially of the Gumla-Sundargarh belt, the unassuming Kindo’s legacy will live on as long as hockey is played.