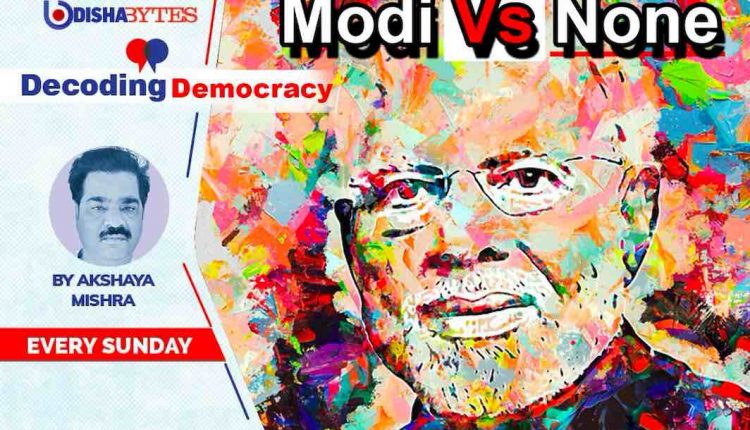 Share
Charisma is a sparkle in people that money can’t buy. It’s an invisible energy with visible effects.
– Marianne Deborah Williamson, American author and spiritual leader
‘Je ne sais quoi’ — in French it means a unique, indecipherable quality. It roughly translates into ‘X factor’ in English. In the case of leaders, it is the magnetic quality which ensures unqualified mass adulation for them. Natural leaders ooze plenty of it. While it is not the only necessary precondition for success, it certainly is an important one. It provides a comfortable headstart to them compared to leaders who have to do without it.
Rahul Gandhi lacks it. Narendra Modi has loads of it. That makes the latter more convincing and believable as a leader and the former less so. This is not to demean the Congress scion though. One is either born with the quality or not. He is among the majority of leaders who are not. That is not necessarily a handicap and can be offset by diligence. Yet to a large extent his political career would be defined by how well he neutralises the charisma factor which right now makes Modi a hands down favourite among people. The challenge for him becomes that much harder because the election in India has turned presidential, where the personality factor carries significant weightage.
This a problem not unique to him. Most of the current crop of leaders in the country, mostly of the second and later generation — both dynast and non-dynast — confront this handicap.  Akhilesh Yadav does not command the same public affection and loyalty within the party as his father and founder of the Samajwadi Party Mulayam Singh. Tejasvi Yadav, son of Rashtriya Janata Dal supremo Lalu Prasad, is hardly any match to his father in mass appeal. Mayawati, leader of the Bahujan Samaj Party, has failed to take the legacy of Kanshi Ram forward. In Tamil Nadu, late AIADMK chief J Jayalalithaa’s successors wield much less respect; in the DMK MK Stalin is still to prove that he is as popular as his father M Karunanidhi. In Odisha, Naveen Patnaik might appear to be an exception, but it is still Biju Patnaik’s legacy that anchors his politics.
Given the inherent feudal trait of our polity, a large number of seats in the parliament and assemblies pass on to the next generation — not always sons or daughters — as an inheritance. In the current Lok Sabha, as many as 30 per cent of members belong to political families. According to a study, many states better the national average in this respect. In Maharashtra, Bihar and Punjab it goes beyond 40 per cent. In the case of Punjab, it crosses 60 per cent. The BJP may have made the dynasty a stick to beat the Congress with but it is not far behind in promoting dynasts. The study says 22 per cent of its candidates in the general election were dynasts compared 31 per cent of the Congress.
It is not difficult to note that barring the rare exception none has shone brightly on their own despite being around for long. They continue to be under the looming shadow of the founders of parties or their top leaders, some of whom are alive but in retirement mode now. Why is it so? For our convenience, we shall restrict this article to founding members of political parties and their successors.
To a big extent, it has to do with the personality-centric nature of our political parties. Most of them are built around single persons, who besides their earthy personal appeal had their own unique comprehension of grassroots politics. The latter involved grasp of equations involving caste and communities, and the acute reading of the subtle shifts in the mood of people. The rootedness in ground reality is what made leaders like Mulayam Singh, Lalu Yadav and Kansi Ram. They may not have turned out to be better leaders later, but the point is the traits they possessed to be successful were not transferable to the next generation.
Leaders and parties are usually products of specific circumstances. The former two were creations of Mandal-Mandir politics of late 1980s and early 1990s. Kansi Ram built the Bahujan Samaj Party when the Dalit sense of being wronged by other castes was high. The Telugu Desam Party in Andhra Pradesh was born out of Congress’s slight to the Telugu pride. Over time, the intensity of the issues evaporates. They don’t yield the same political return after a point. This has been the case with most once strong regional parties. When the mantle passes on to the next generation, the ground reality is no more the same. The legacy is without substance.
It would appear that most of these parties were programmed to end with the first generation of leaders. The next generation had to be smart enough to reinvent itself with new ideas to connect to the masses, but this has not been the case. Mayawati is clueless how to take the Dalit movement forward. The Congress, which has seen many generations of Gandhis, is yet to fathom how it lost people on its side and the young Yadavs are struggling to expand the social base of their parties in Uttar Pradesh and Bihar.
A robust organisation with active feedback channels from the grassroots is essential for the long-term survival of parties. Most first-gen leaders, reliant on personal charisma, never quite spent effort on this. The successors have to pay the price. The inheritance is actually a burden they have to bear.
Modi has both charisma and organisation to bank on. That makes him a formidable opponent for the new generation of leaders, both in the states, where he is the unique selling proposition for BJP candidates and at the national level. With no ‘je ne sais quoi’ to fall back on, the challengers have a mountain to climb. The task is not impossible, but they have to begin afresh, being dispassionate about legacy.
Share FacebookTwitterGoogle+ReddItWhatsAppPinterestEmail