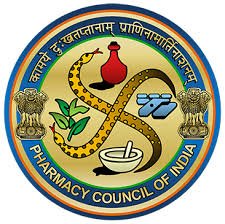 New Delhi: The All India Council for Technical Education (AICTE) has decided not to approve any new colleges pharmacy colleges until 2022 in view of the falling standards of the existing ones and swelling number of unemployed graduates in the market.

The decision followed a meeting between the Pharmacy Council of India (PCI), a statutory body, and AICTE early this week, reported the Hindustan Times.

“Just like the engineering sector witnessed a sudden expansion a few years ago, the pharmacy sector seems to be witnessing a similar trend for the past three years. However, the passing percentage, as well as the number of students finding jobs after graduation, has not looked good,” the paper quoted AICTE chairman Anil D Sahasrabudhe as saying.

During the ongoing academic year, AICTE received 900 applications for starting new pharmacy colleges. Out of these, 565 applications alone were from Uttar Pradesh, followed by Maharashtra.

Earlier, AICTE had decided not to allow any new engineering colleges from 2020 to address the issue of vacant seats and streamline technical education in the country.