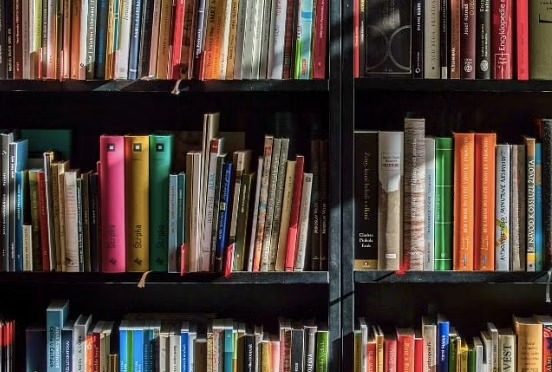 When I started writing poetry in the late eighties, I confronted a vast tract of death and alienation. The poets of my time and my language were talking about something which was not at all familiar to my reality or imagination. Most of them were singing in unidentifiable tune and their images appeared too distant from my life. I found my own language to be absurd, meaningless and hard to crack.

Our poets and writers were rich with awards, they had won laurels. As a teenager, I obviously aspired to be one among them. I started writing, following the trend. After writing a few poems, I found they sounded alien to me. I could not relate to my own poems. It will be pertinent to point out that Odisha of the 1980s was an unending tale of hunger, death and child trafficking. Living in the land of hunger, I was singing the song of rootless solitude. The literature of my time was not my own. It had some kind of imported imagination planted in our language.

However, the tradition of so-called modernism in Odia literature was a colonial hangover and middle-class hallucination. It had no root in Odia life, livelihood or living tradition. Odia literary tradition was deeply embedded in nature and poetry was all about the beauty of nature and the struggle of humankind for survival.

Odia is one of the ancient languages of India. In a literary tradition of one thousand years, images in literature were mostly from nature. Life in literature was natural and spiritual. With the colonial system of education, we saw a new band of writers as modernists. The early modernists like Gangadhar Meher (who humanised nature and made it a constant companion of human emotions), Fakir Mohan Senapati  (the pioneer of Odia fiction and extraordinary chronicler of land struggle, colonial exploitation, 1866 Na Anka famine, gender justice and aspiration for freedom), Bhima Bhoi  (the poet of universal spiritualism and tribal identity), Gopabandhu Das (poet of freedom movement and messenger of the common man in literature), Bhagabati Charan Panigrahi (narrator of class and caste struggle), Gopinath Mohanty (pioneering the voice of tribal lives and existential crisis of tribal life due to tension with modernity and development) and others set up a solid base for people’s literature in Odisha. Somehow, that common ground of literary tradition was completely ignored by the post-independent school of Odia writers. They were fashionably fascinated by the idea of rootless alienation and absurdity.

Coming back to the 80s, I must tell the other side of the story, which is paradoxical in the situation. There was rampant hunger and distress migration, but there was also a silver line in the dark cloud. Odias were struggling against corporate giants and the government to protect their natural resources. There was a mass movement in Kalahandi, Bolangir and Sambalpur districts to protect the sacred mountain range of Gandhamardan where Bauxite giant BALCO was all set to start mining. There was an inspiring mass struggle going against a government of India-sponsored defence project in Baliapal of Balasore district. The people of Puri, Khurdha, and Ganjam were fighting against the powerful TATA companies to protect the ecosystem of Chilka lake. Odisha and its people stood against mighty forces of corporates and governments to protect their ecology, environment and organic system of livelihood.

Odia literature of the 90s came up with a new turn when writers from the mass movements started writing and their pen hit the establishment very hard. Poets and fiction writers of this generation talked about their time and reality with a straight face. There came many fearless voices from various strata of Odia society. The 90s saw a sea of women writers who spoke about gender injustice and atrocities against women. Many of them were from the displaced and marginal communities that are victims of mining and mindless industrialisation. From there began the age of activist writers. Voices from the margin came into prominence and their thunder was hard to ignore.

At the beginning of the 21st century, there was already a significant body of literature, full of subjects like climate justice, the fight against forced displacement, and narratives of mass movements from Niyamgiri, Kalinga Nagar, Puri and Kashipur. Poets like Saroj, Bhabani Bhuyan, Late Samarendra Nayak, Bijay Upadhyay, Ravishankar, Lelin Kumar, Hemant Dalapati, Sujata Sahni, Debaranjan and many more contributed to Odia poetry from the very heart of the mass movements. Another group of upcoming poets of this generation, though not a part of the mass movement, but active supporters of peoples’ causes, came up with a new stream of humanitarian poetry, which flooded into the very heart of the literary establishment of elites.

In the first quarter of the new millennium, Bhima Prusty, a brilliant fiction writer, published two novels, centred around the theme of climate change and its impact on the coastal lives of Odisha. “Samudra Manisha” (People of the Sea) was a novel depicting the lives of lost villages of “Satabhaya”, a group of villages submerged in the mouth of the Bay of Bengal. His other path-breaking novel “Jambuloka” (People from the Jamun Island) deals with the human struggle against the fury of climate change. The people of “Satabhaya” are the first victims of climate change in Odisha. Sea mouth has been swallowing the villages of this region one by one and with these submerged villages, a whole worldview is also lost forever. Bhima Prusty captured the lost world of Satabhaya with panoramic details.

The inspiring struggle of Dongias in Niyamgiri against the mining giant Vedanta, the anti-POSCO movement in the coastal district of Jagatsinghpur, a mass movement against VEDANTA University in Puri-Konark marine drive and the inhuman killing of protesting tribals in Kalinga Nagar inspired poets of our time to write against the unholy nexus between the corporate and the state.

The devastation of nature and the plight of human life have been becoming the dominant discourses in Odia poetry and fiction. There is a clear-cut divide between pro and anti-establishment literature in Odisha. There is still a group of writers who believe in awards and patronage of the state and corporate and clearly they love to be “apolitical”. The other side is fiercely political, standing by the struggle of the common man and devoted to the cause of human rights and the environment. As a matter of joy, the latter group is becoming stronger and their voices are heard with deep attention.