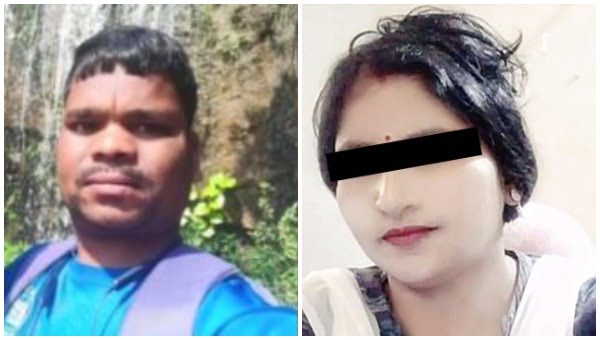 Bhubaneswar: Parmeswar Rout, brother of the key accused in the kidnap-murder of cameraman Manas Swain, Sarmistha Rout, was nabbed from Vijayawada in neighbouring Andhra Pradesh on Tuesday.

He had allegedly planned Sarmistha’s escape following the murder. She, however, did not visit Vijayawada, police sources said.

Meanwhile, Chandbali police are also raiding the house and office of Sarmistha, who is still at large.

Notably, the case took a shocking twist on Monday with the arrest of former Information & Public Relation (I&PR) Director Niranjan Sethi, who had allegedly planned and monitored the abduction and murder of Swain along with Sarmistha.

According to the call detail analysis, 60-year-old Sethi used to telephone Sarmistha 20-30 times a day after Swain went missing on February 7.

The cameraman was reportedly in possession of some controversial videos and photos, which could have landed Sarmistha in trouble, and she was desperately trying to get the memory chip having some sensitive content related to some high profile people.

Earlier in the day, Bhadrak SP Charan Singh Meena had dismissed allegations that the police were ‘under pressure’ in the case and this had led to the tardy pace of the investigation.

While stating that police no far had no clues on the whereabouts of Sarmitha, he had claimed that best efforts were being made to nab her and her associate. Four teams have been formed and three among them are conducting raids outside the state, he added.

The 28-year-old cameraman was allegedly kidnapped on February 7 when he had gone to Bhadrak to film a wedding function. His family lodged a missing complaint on February 14 when he didn’t return even days after the event and could not be traced.

On March 12, police arrested Bhagyadhar Nayak (26), Bibek Nayak (19) and Krushna Chandra Nayak (50) for allegdely kidnapping Swain. The interrogation revealed that the trio had killed Swain in Bhubaneswar and buried his body in Nayagarh district to destroy evidence. Based on the statements of the accused, police exhumed Swain’s body from Ranapur in Nayagarh the same day. They also confessed to have committed the crime at the behest of Sarmistha, police sources said.